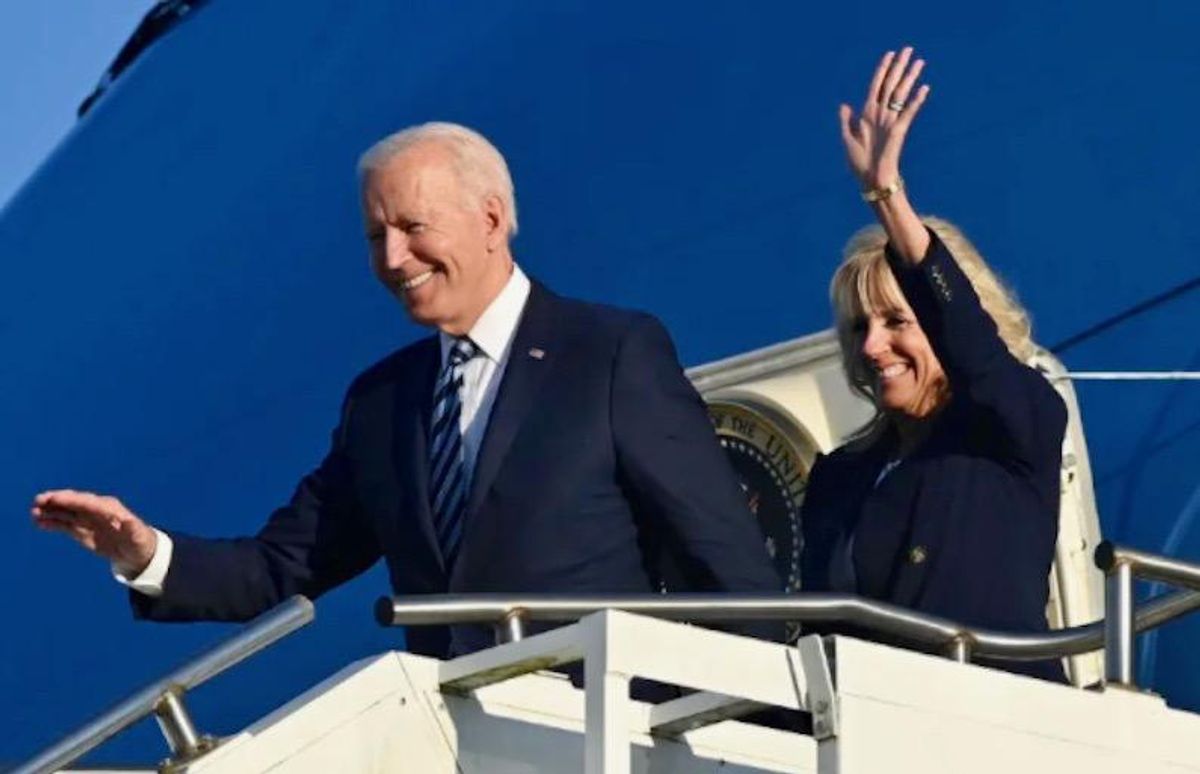 Joe Biden and Boris Johnson will hold their first face-to-face meeting Thursday, during which they will lay the foundations for a new pact, despite Brexit and its consequences in Northern Ireland casting a shadow on the old "special relationship".

Biden -- on his first overseas tour as US president -- and the British Prime Minister are set to agree a modern version of a charter signed by Winston Churchill and Franklin D. Roosevelt, that set out post-war goals for democracy, trade and opportunity.

"The world needs this meeting," Johnson wrote in an article released Thursday, saying the "time has come to dispel any sense of gloom".

But while keen to affirm the strength of the long-celebrated partnership, Biden has reportedly ordered US diplomats to scold Johnson over his handling of Brexit and its effects on the Northern Ireland peace process.

The Times daily reported America's most senior diplomat in Britain, Yael Lempert, told Brexit Minister Lord Frost that the UK government was "'inflaming' tensions in Ireland and Europe with its opposition to checks at ports in the province".

Port checks on deliveries heading into Northern Ireland from mainland Great Britain were agreed as part of the Brexit deal but caused consternation among unionist communities, who say it changes their place within the wider UK.

London suspended checks earlier this year because of threats to port staff, and the protocol has been blamed for the worst violence in years in the British-run province.

Talks to resolve the simmering border row broke up without agreement, and the European Union has threatened the UK with retaliatory action if it refuses to implement post-Brexit trading arrangements in Northern Ireland.

For its part, the State Department said the US will encourage both sides "to prioritise economic and political stability in Northern Ireland and to negotiate within existing mechanisms when those differences arise".

Biden kicked off his first foreign trip as commander-in-chief by announcing "the United States is back!" while urging global collaboration to rebuild after Covid-19 and reset diplomatic ties after the Trump era.

His charm offensive began even before he touched down in England for a packed week that takes in a G7 leaders' meeting, summits with NATO and the European Union, and talks with his Russian counterpart Vladimir Putin.

On the way, Biden's national security advisor Jake Sullivan told reporters aboard Air Force One that the president would kick things off with news of a major vaccine-sharing initiative.

Sullivan would not give full details, but US media reports said the Biden administration is set to buy 500 million doses of the Pfizer/BioNTech vaccine for international distribution.

Doses will be aimed at developing countries, he added, calling the US-led initiative "the right thing to do".

The Group of Seven will make a further joint declaration on "a comprehensive plan to help end this pandemic as rapidly as possible", he said.

After talks with Johnson, Biden will attend the G7 gathering in a Cornish seaside resort from Friday to Sunday, alongside the British PM and leaders of Canada, France, Germany, Italy and Japan.

Then, in rapid succession, he will visit Queen Elizabeth II at Windsor Castle and fly to Brussels for summits with the NATO military alliance on Monday and the European Union on Tuesday.

He will finish in Geneva to meet Putin next Wednesday.

Biden has cast his diplomatic marathon as a return to badly needed US leadership in the aftermath of the pandemic.

After landing at British Royal Air Force base Mildenhall in eastern England, he said the world had been "transformed utterly" but added "we're gonna make it clear that the United States is back and democracies of the world are standing together to tackle the toughest challenges."

Biden's pitch marks a return to traditional US diplomacy after four years during which his predecessor Donald Trump flirted with autocrats and recast multilateralism as a dirty word.

At his meeting with Putin, Biden said he would "let him know what I want him to know," to loud cheers from the US armed forces personnel stationed at the base.

However, some European partners, stung by Trump, may be sceptical about his pledge.

EU trade commissioner Valdis Dombrovskis called on the US to "walk the talk" when it comes to resolving lingering Trump-era trade disputes.

And there was friction last month when Washington blocked French attempts at the United Nations to demand a ceasefire between Israel and Hamas in Gaza.

Biden's ramping up of vaccine donations also follows what critics saw as a long period of hoarding.

The US president's meeting on the sidelines of NATO with Turkish counterpart Recep Tayyip Erdogan promises to be especially prickly after Erdogan warned the US risks "losing a precious friend".

Expectations for the Putin summit are so low that simply making US-Russian relations "more stable" would be considered a success, officials say.

The White House sees the extension of the New START nuclear arms treaty in February as an example of where business can be done. Biden also needs the Kremlin to make progress with Iran, which is close to Russia.

Biden blames Russia for the massive SolarWinds cyberattack, election interference, and at the very least harbouring criminals behind ransomware attacks against the vital Colonial fuel pipeline and the US subsidiary of Brazilian meatpacking giant JBS.

Biden will also press Putin about sabre-rattling on the Ukrainian border, the imprisonment of opponent Alexei Navalny, and his support for Belarussian strongman Alexander Lukashenko.