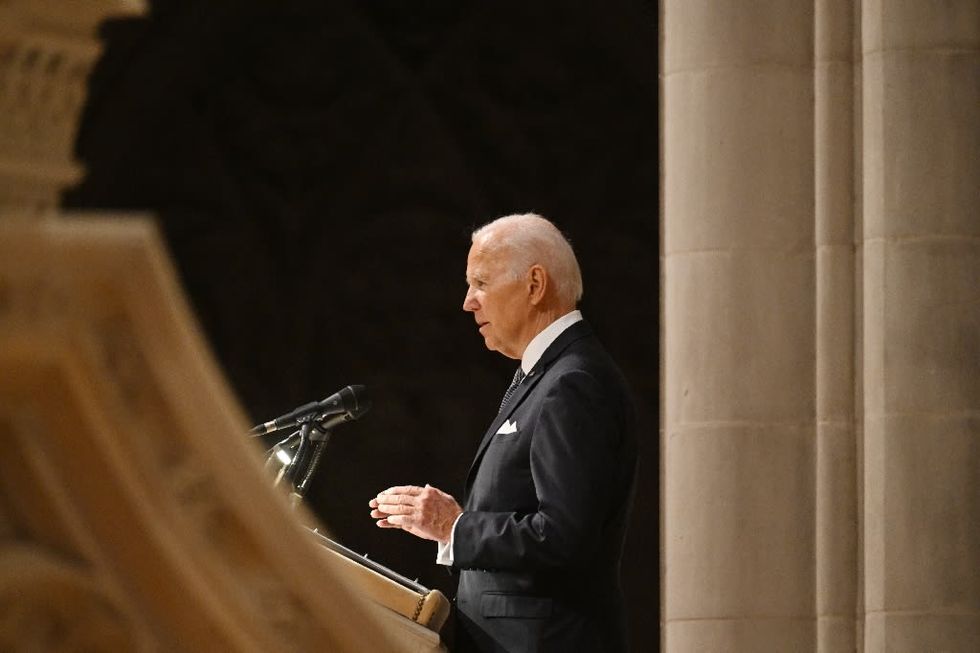 Washington (AFP) - Disaster or mere distraction? The mess over President Joe Biden's stray classified documents could turn out to be nothing, but at minimum promises a speed bump in his smooth path to a reelection campaign.

"It will hurt. The only question is how much," American University politics professor Allan Lichtman said.

Biden hasn't yet confirmed he's running for another four years in 2024, but is expected to make his plans clear within weeks. News Friday that he'll be delivering the annual State of the Union speech on February 7 -- a chance to lay out his agenda before a massive TV audience and the full Congress -- adds to momentum for an announcement.

So the documents scandal -- or even debate over whether it really is a scandal -- is unwelcome.

On Friday, reporters at the White House briefing yet again hammered at Press Secretary Karine Jean-Pierre for answers over the way Biden's team has handled the revelations.

Secret documents have been found both at an office Biden used after he ended his service as Barack Obama's vice president in 2017 and in the garage of his Delaware home. Questions over the timing of the discoveries and contents of the documents abound, with Jean-Pierre directing journalists instead to the Department of Justice, which has appointed a special counsel to investigate the matter.

So far, there is no indication of criminal wrongdoing and the White House says failure to return the handful of documents after Biden left the Obama administration was an innocent oversight.

Biden's team is cooperating with investigators and the attorney general, Merrick Garland, quickly appointed a special counsel to head the probe into what happened.

That's a far cry, Biden defenders say, from the behavior of Donald Trump, who is being investigated by a different special counsel for his handling of classified documents.

Trump took several hundred classified files out of the White House to his Florida home, compared to what lawyers say were around a dozen improperly stored by Biden.

But there's no getting away from the fact that the imbroglio will at least present Biden with an annoyance -- and maybe worse.

"The matter will largely fade if the special counsel decides it was just sloppy and not criminal," Lichtman said. However, Republicans will still latch on to the saga as evidence that "Biden is incompetent and not fit for a second term."

Biden's being thrust onto the defense right as he was enjoying a purple patch at the halfway mark of his first term.

Inflation, his biggest political weakness, is steadily shrinking from highs of 9.1 percent in June to 6.5 percent in the December figures. The economy, key to any political campaign, is generally robust, and if a slowdown comes, there are indications of a so-called soft landing, rather than painful recession.

Biden also visited the Mexican border Sunday for the first time since taking office. For two years he has been savaged on Fox News as a president who can't be bothered to go see a border struggling with illegal immigration -- and by walking up to the tall iron fence, he took the wind out of his opponents' sails.

Even the polls look friendlier.

An average on fivethirtyeight.com of 43.9 approval and 51 percent disapproval may not sound like much, but the trends are moving in the right direction for the Democrat. Back in July, his approval figure had dropped all the way to 37.5.

Lara Brown, a political scientist and author of "Jockeying for the American Presidency," cautions that whatever the outcome of the documents probe, the drip-drip of news will hurt Biden.

Having a special counsel "ensures that this story will continue for weeks, if not months, and that whatever is found, however innocuous, will be used by his opponents," she said.