Biden: Missile that hit Polish village may have come from Ukraine 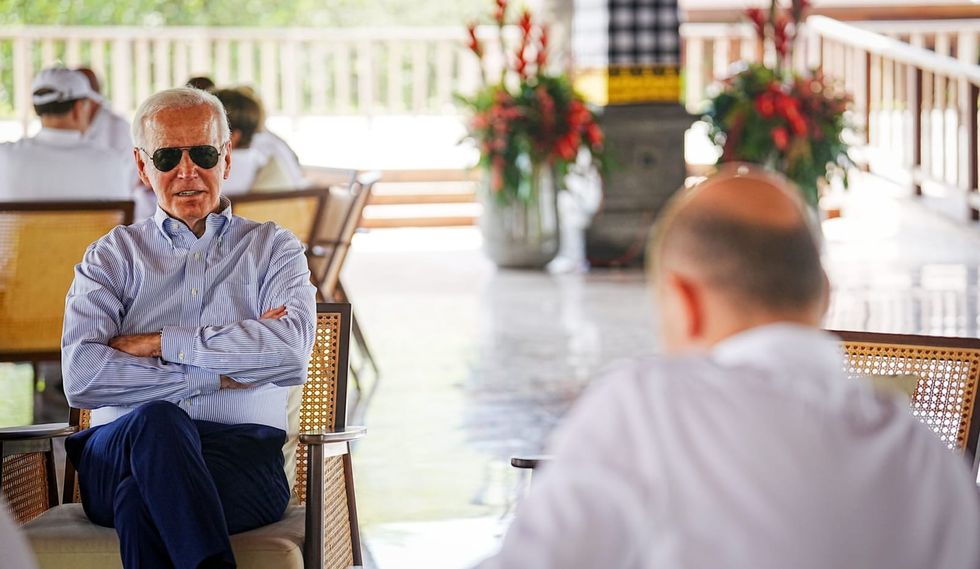 German Chancellor Olaf Scholz (R) and US President Joe Biden wait to visit the park at the Tahura Ngurah Rai mangrove forest on the sidelines of the G20 summit. Kay Nietfeld/dpa

There are indications that the rocket which hit a village in eastern Poland was an anti-aircraft missile from Ukraine, US President Joe Biden told world leaders during a meeting on Wednesday, dpa has learned.

Biden is said to have spoken of a missile of the S-300 system during an emergency meeting on the sidelines of the G20 summit in Bali. When briefing reporters after the meeting he said preliminary information showed that it was "unlikely" that the rocket had been launched from Russian territory.

A missile hit a farm in Przewodów, some 6 kilometres from the border with Ukraine at 3:40 pm (1440 GMT) on Tuesday, killing two people, according to the Polish Foreign Ministry.

Warsaw had confirmed earlier that the rocket was Russia-made, but said it was still unclear who fired it. Both Ukraine and Russia use Soviet-designed missiles, as Moscow continues to wage its war against the neighbouring country.

The meeting in Bali was attended by world leaders from the Group of Seven (G7) leading industrialized nations, including Germany and France, along with the president of the European Council and the prime ministers of NATO allies Spain and the Netherlands.