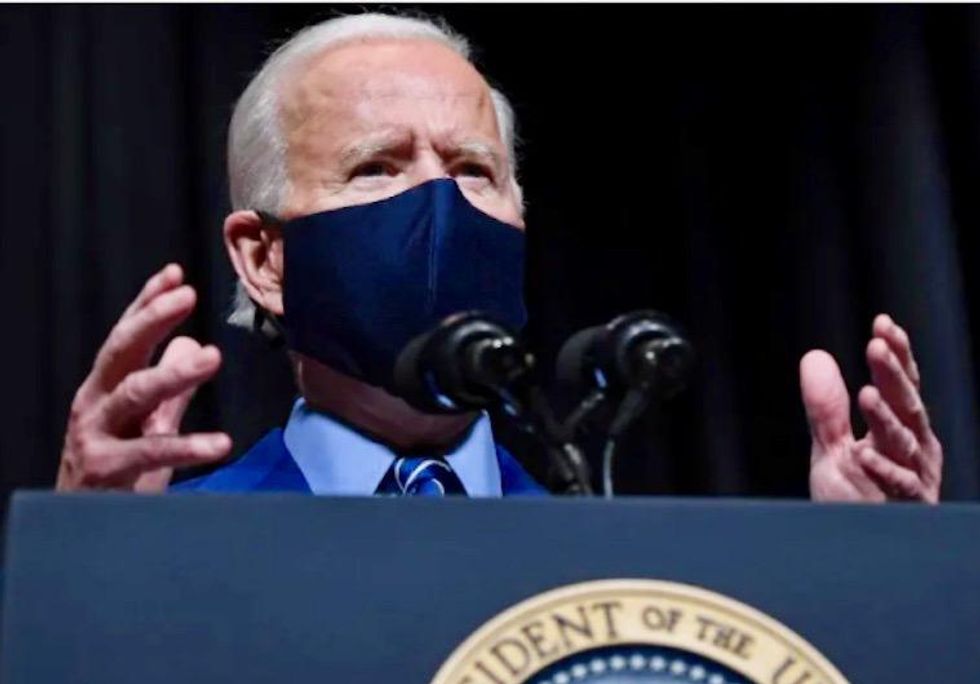 President Joe Biden will announce Thursday a winter campaign against Covid-19, with new testing requirements for travelers and a surge in vaccination efforts -- but no clear path to defeating the pandemic he was elected to confront.

Biden has brought steady leadership after the chaotic Donald Trump years, but the mutating coronavirus continues to defy him, helping drive his approval ratings deep underwater.

In a speech from the National Institutes of Health research center outside Washington, Biden is set to list a raft of actions designed to tamp down Covid-19 during the winter as the latest Omicron variant spreads worldwide.

The first US case was detected on Wednesday.

Top of the list will be an announcement that toughened rules on testing for travelers will take effect within days, a senior administration official said.

Biden will "announce that we are further strengthening our testing requirements so that starting early next week, all international travelers will be required to test negative within one day of their departure to the United States," the official told reporters.

This will apply to all travelers, both US and foreign, regardless of whether they have been vaccinated, the official aid.

For domestic travelers, Biden will announce he is extending a mask mandate on airplanes, trains and other public transport through mid-March.

The barrage of measures is partly meant to reassure Americans that Biden is doing everything possible to prevent the pandemic from derailing the impressive US economic recovery -- and the Christmas holidays.

Biden and his aides have repeatedly stressed in recent days that there will be no return to mass shutdowns.

But the White House also faces the stubborn fact that many Americans are not receptive to Biden's appeals for collective action.

Despite ever-more creative attempts to lure people to get their shots, about 40 percent of the country has yet to be fully vaccinated.

About 100 million people who are eligible to get booster shots have still not taken the opportunity.

Officials said a surge in outreach on vaccines and booster shots will be launched, with a nationwide campaign targeting recipients of Medicare public health care. The government will team up with the AARP, a large lobbying group representing people aged 50 and over.

At the other end of the age scale, the Biden administration will try to ensure that schools do not return to mass lockdowns.

"When the president came into office more than half the schools in this country were closed," the senior official said.

"Today we have a vaccine for kids aged five and older and over 99 percent of schools across the country are fully open. Tomorrow, the president will announce steps that will ensure that remains the case."

In another bolstering of existing policies, the White House will encourage the use of home testing kits by announcing that "health insurance must cover 100 percent of the cost," the official said.

For those without health insurance, there will be an increase in the availability of free kits.

"Our supply of at-home tests this month is four times as much as it was in late summer," the official said.