Biden raises refugee cap to 62,500—while admitting US will fall short 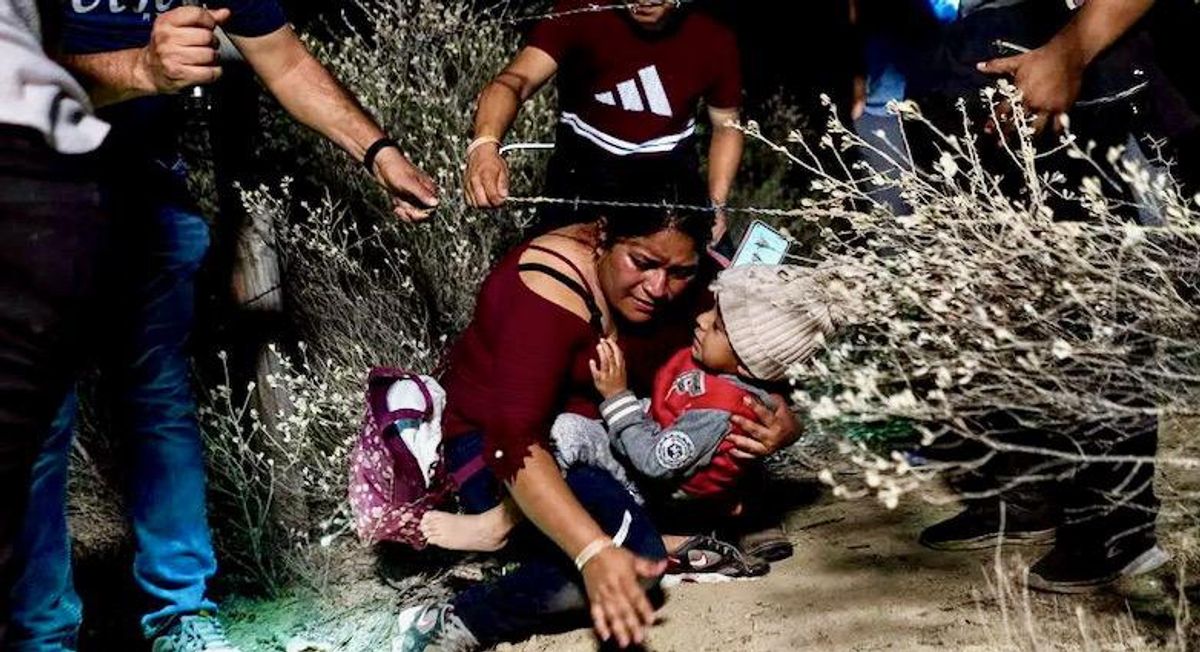 Following intense pushback from migrant rights campaigners and progressive politicians after President Joe Biden said last month that he would continue his predecessor's historically low refugee cap, the White House on Monday officially announced it would more than quadruple the number of refugees allowed into the United States this year—while also acknowledging that the actual number of people admitted would fall short of the ceiling.

"Welcoming refugees is not only a moral imperative, but also promotes U.S. national security, bolsters our economy, enriches our communities, and demonstrates that we're willing to work together with other governments."
—Eric P. Schwartz,
Refugees International

"I am revising the United States' annual refugee admissions cap to 62,500 for this fiscal year," Biden said in an executive memorandum. "This erases the historically low number set by the previous administration of 15,000, which did not reflect America's values as a nation that welcomes and supports refugees."

In a separate statement, Biden said that "we are going to rebuild what has been broken and push hard to complete the rigorous screening process for those refugees already in the pipeline for admission."

However, the president warned that while his administration is "working quickly to undo the damage of the last four years" under former President Donald Trump, "the sad truth is that we will not achieve 62,500 admissions this year."

Biden reiterated his "commitment to the goal of 125,000 refugee admissions" in the first fiscal year of his presidency. Although that figure is more than 10 times the number of refugess actually admitted into the U.S. last year and represents the highest ceiling since 1993, it is still much lower than the inaugural cap of 231,700 set for 1980, the final full year of Jimmy Carter's presidency and the height of the migrant crisis that followed the end of the Vietnam War and the Cambodian genocide.

The new ceiling will open the door to more refugees from Africa, Central America, and the Middle East, a stark departure from Trump's frequent disparagement of Global South nations, some of which he once called "shithole countries."

The International Rescue Committee (IRC) lamented that the Biden administration had so far only resettled 2,050 refugees in the United States this year. However, the New York-based nonprofit welcomed Monday's White House announcement, calling it "a step towards rebuilding America's welcome."

Other advocacy groups and progressive politicians also praised the administration's move. Eric P. Schwartz, president of Refugees International, called Biden's move "a profoundly important step" that will "pave the way for the administration to make good on its commitment to rebuild the U.S. refugee admissions program and restore U.S. leadership on this critical issue."

"This is a proud and historic moment," added Schwartz. "At a time of great humanitarian need, welcoming refugees is not only a moral imperative, but also promotes U.S. national security, bolsters our economy, enriches our communities, and demonstrates that we're willing to work together with other governments on some of the world's most complex problems."

Andrew Albertson, executive director at Foreign Policy America, said in a statement that "the most powerful thing we can do as a country is to lead by example."

Obama-era Housing and Urban Development secretary and 2020 Democratic presidential candidate Julián Castro tweeted that "the U.S. has always been a place of refuge and opportunity for those escaping violence and persecution. Trump tried to end that legacy. I'm glad the Biden-Harris administration is working to reverse the damage he's done."