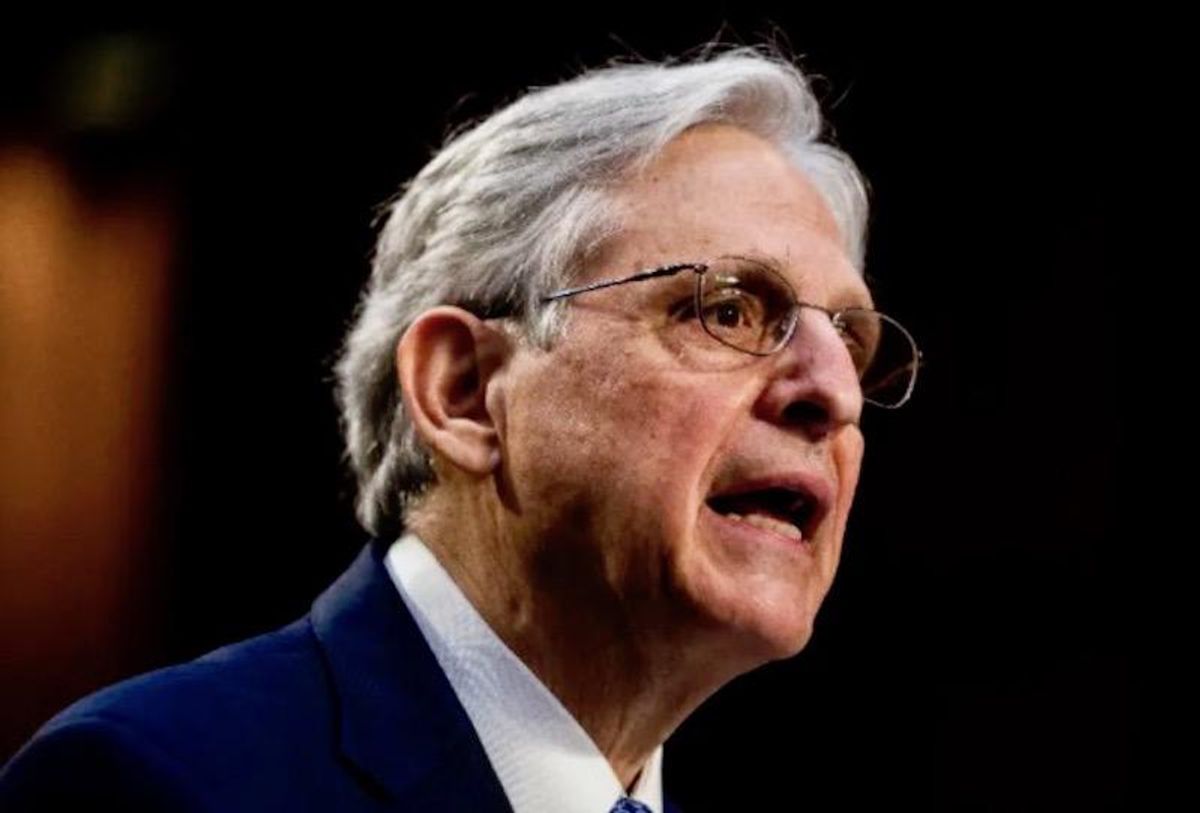 President Joe Biden's nominee to lead the Justice Department said Monday that fighting domestic extremism would be his 'first priority' if confirmed as attorney general.

Appeals court Judge Merrick Garland told the Senate Justice Committee that far-right extremism today was worse than when he investigated the 1995 bombing of a federal building in Oklahoma City that left 168 dead.

He said there was a direct line between that attack and the January 6 attack on the US Capitol by extremist supporters of former president Donald Trump.

"This was the most heinous attack on the democratic process that I have seen, and one that I never expected to see in my lifetime," Garland told the panel, which is vetting his nomination, adding that he did not think it was "necessarily a one-off."

"We are facing a more dangerous period than we faced in Oklahoma City at that time," he continued.

"I can assure you that this will be my first priority, and my first briefing," he told the committee.

The hearing comes just weeks after Trump went on trial in the Senate -- and was acquitted -- on impeachment charges of fomenting the January 6 attack.

Garland was asked if he would investigate the "ringleaders" and "aiders and abetters" behind the attack.

"We will pursue these leads wherever they take us," he said, without any mention of the former president.

Garland, a respected, moderately liberal judge of nearly 24 years and before that a senior Justice Department official, also pledged to keep the department free of politics after the alleged repeated interference by Trump.

He said that if confirmed, he would reaffirm "policies that protect the independence of the department from partisan influence in law enforcement investigations (and) that strictly regulate communications with the White House."

He also said an "urgent" task of the department was to ensure equal justice for minorities and people of color, in an apparent reference to the Black Lives Matter movement.

Minorities still face discrimination in housing, education and the jobs market, and disproportionately suffer the impacts of the coronavirus pandemic and climate change, Garland told the panel.

"The Civil Rights Act of 1957 created the Department's Civil Rights Division, with the mission 'to uphold the civil and constitutional rights of all Americans, particularly some of the most vulnerable members of our society,'" Garland said.

"That mission remains urgent because we do not yet have equal justice."

Republicans on the committee appeared welcoming to Garland, suggesting that he would gain easy approval.

"I like you, I respect you, and I think you're a good pick for this job," said Chuck Grassley, the top Republican on the committee.

But the Republicans on the committee also pressed Garland to commit to following up investigations pushed by the Trump administration, including into whether the probe of Trump's 2016 election campaign links to Russia was politically motivated.

In 2016 Republicans blocked Garland's nomination by then-president Barack Obama to the Supreme Court in a gambit to allow Obama's successor, Trump, instead to pick a conservative for a vacant slot.