Biden’s plan for free community college has stalled, but at some Chicago-area schools, it’s already happening 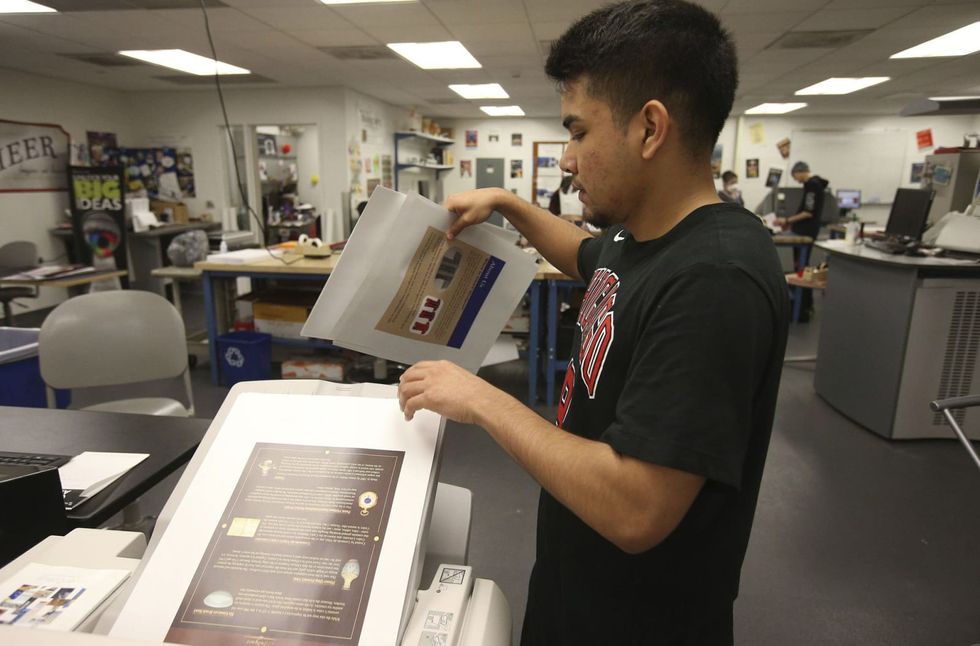 Sophomore Adan Ramirez retrieves color copies of his graphic designs during a graphic design class at Harper College on May 10, 2022, in Palatine, Illinois. - Antonio Perez/Chicago Tribune/TNS

CHICAGO -- When Diana Anisova was a high school freshman in Chicago's northwest suburbs, she heard about a program that would let her attend Harper College tuition-free. “They told us about the requirements and I remember thinking, ‘What’s the twist?’ ” recalled Anisova, who spent her early childhood in Russia. “‘All you have to do is get As, Bs, Cs, get some community service hours and not fail any classes? That’s it? That’s what I’ve been doing.’” Most who signed up as high schoolers didn’t follow through, but Anisova, now 20, stuck to her path, and later this month she’ll graduate from Harp...