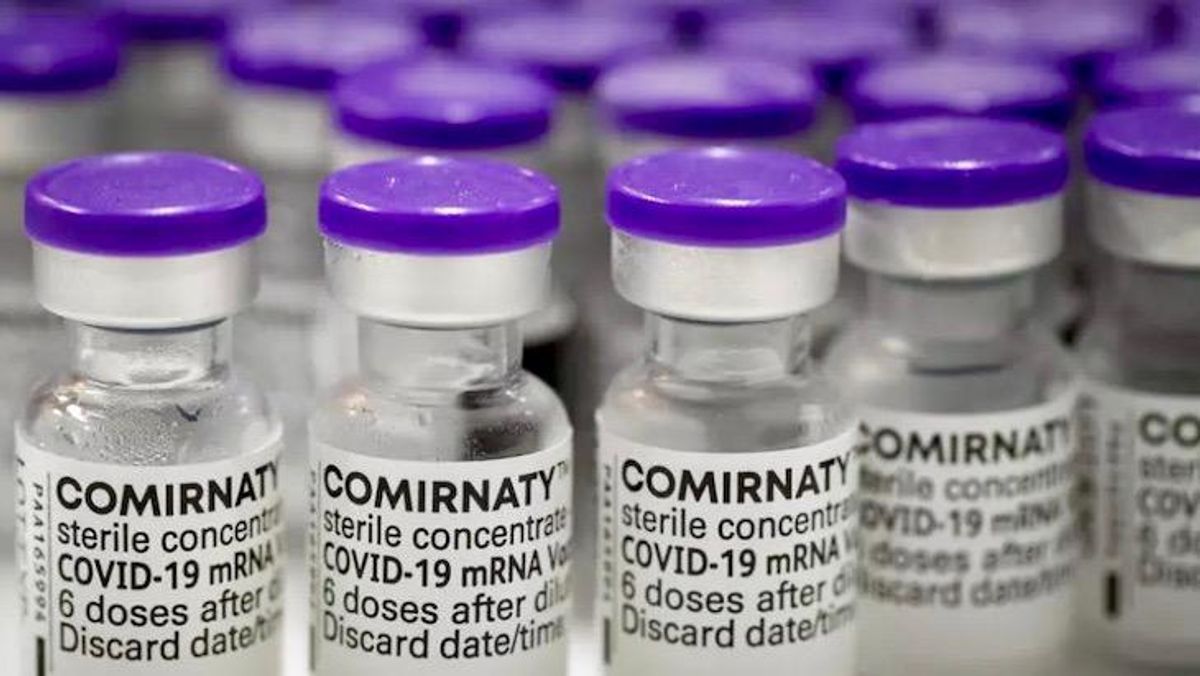 With ramped up production, BioNTech aims to churn out 2.5 billion doses of its vaccine this year JOEL SAGET AFP/File

BioNTech-Pfizer said Wednesday their vaccine showed 100 percent efficacy against the coronavirus in 12 to 15 year olds, as they eye approval for adolescents to get the jabs before the next school year.

Phase 3 trials carried out on 2,260 adolescents in the United States "demonstrated 100 percent efficacy and robust antibody responses", the companies said in a statement.

"We plan to submit these data to (US regulator) FDA as a proposed amendment to our Emergency Use Authorization in the coming weeks and to other regulators around the world, with the hope of starting to vaccinate this age group before the start of the next school year," said Pfizer chief executive Albert Bourla.

Chief executive of German company BioNTech said the results showing high protection for teens were "very encouraging given the trends we have seen in recent weeks regarding the spread of the B.1.1.7 UK variant".

The BioNTech/Pfizer shot is based on novel mRNA technology and was the first Covid-19 vaccine to be approved in the West late last year.

Both the United States and the European Union have approved its use for people aged 16 and above.

Since then, it has been used in millions of adults in more than 65 countries.

A real world study involving 1.2 million people in Israel found it to be 94 percent effective.

With the world scrambling to inoculate, BioNTech said Tuesday it was on track to manufacture 2.5 billion doses of its vaccine this year.

The higher output was driven by the recent launch of a new production site in the German city of Marburg, which is now one of the world's largest mRNA vaccine manufacturing plants, it said.

The vaccine is also being produced at a Pfizer plant in Belgium and at three sites in the United States.

BioNTech said improved efficiency and new cooperation agreements with outside partners had also helped lift its vaccine target, as had the regulatory nod allowing vaccinators to extract six instead of just five doses from a single BioNTech/Pfizer vial.

BioNTech and Pfizer last week began studies of the jab on children, with the first group of five-to-11 year olds getting the vaccine.

A younger cohort of two-to-five year olds are expected to get their first dose next week in the study which will also cover children as young as six months old.