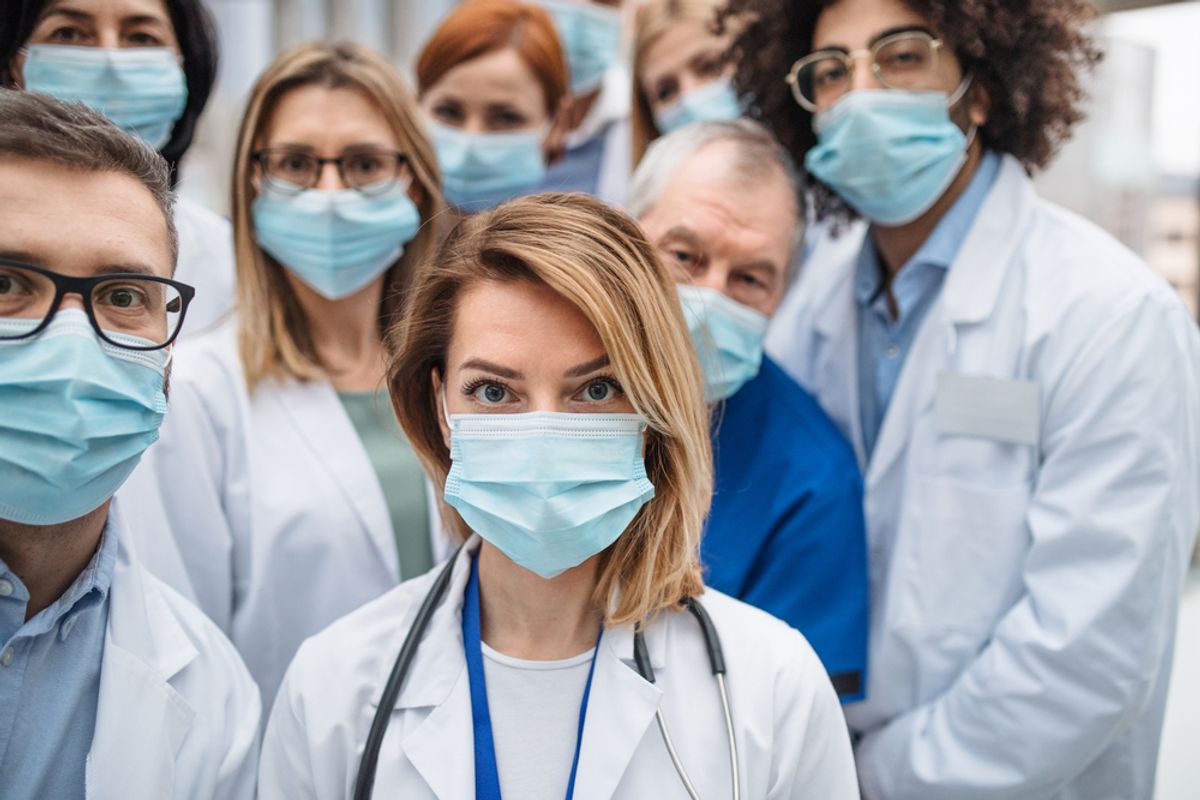 It was the first time the doctor and I had seen each other in a year. This was in December; I was in for my annual scans and blood work. We made small talk, catching up on the various ways 2020 had ravaged us both. I learned she'd been caught in the city's first wave of COVID-19 cases, back in March. She'd been seriously ill, and her sense of taste and smell were still not back to normal. Then she asked if I'd been sick. No, I told her. I'd stayed home, and I wasn't in a high risk group. "Well," she said, her eyes flicking down on the results of my latest labs, "and your blood type."

I made it through nearly a full year of this pandemic before hearing the theory that certain blood types seem to be less susceptible to the coronavirus than others. Then again, I've never thought much about blood type at all. Until that recent day at the hospital, the extent of my understanding of my own blood — Type O negative — is that it's ineligible to donate, because I spent a college year in England. (Really.) Now, I admit I was intrigued that my blood type might make me at lower risk for severe COVID-19.

Other studies, from a variety of institutions, followed. A July report on the popular genetic testing site 23andMe updated the public on its own research, noting that "the preliminary data suggest that O blood type appears to be protective against the virus when compared to all other blood types. Individuals with O blood type are between 9-18% percent less likely than individuals with other blood types to have tested positive for COVID-19, according to the data." And an October update from the American Society of Hematology announced similar findings, stating that "Blood type O may offer some protection against COVID-19 infection."

But even in the most hopeful reports, the advantage of Type O blood appears to be slim. And the deluge of conflicting, inconsistent, misleading and constantly changing information out there about the virus makes that slight edge questionable.

There's another factor to consider, too, when looking at the virus across any population — the ways in which the pandemic has disproportionately affected different racial groups. 70 percent of African-Americans have type O and B blood. Yet the CDC reports that Black or African American, Non-Hispanic persons are 2.8 times more likely to die of COVID-19 than white people. Whatever advantage blood type may bestow, compared to socioeconomic factors, it doesn't seem to be making much of a dent in actual outcomes.

I spoke about blood types and COVID-19 with Michael N. Zietz of the Department of Biomedical Informatics, Columbia University Irving Medical Center. Last April, Zietz was a co-author on a study "Testing the association between blood type and COVID-19 infection, intubation, and death." The study, which reported "modest but consistent risk differences between blood types," had attracted my attention because it tried to separate out confounding variables in blood type studies. "Blood type frequencies vary across ancestry groups, so we evaluated the confounding effect of ancestry by adjusting for race/ethnicity," the study notes.

Blood is a fairly straightforward concept for those of us in the public to grasp, which is no doubt why mainstream media outlets like Reuters, AARP and Discover have all run stories on the potential blood type-COVID connection. But the deeper mystery — one of them, anyway — is in how it ties to our genes.

Zietz explained to me how blood type might relate to COVID-19 severity. "What I found helpful was thinking, let's just assume there are some associations between blood type and COVID, dying of COVID or contracting the disease. What mechanism potentially could underlie this?. … Blood type is determined by a few positions within a certain gene. It's possible that there are some true variants that are affecting COVID susceptibility within that gene. We don't definitively know that blood type itself is causal, but it's an indication something about this gene's function is causal." In other words, there's still a lot to learn here.

While I'd like to think that maybe my blood type means I have even one, paper thin extra layer of protection against the virus, I don't take my doctor's offhand remark too seriously. There's no magical protection spell, and until there is a solid, stable eradication of the virus I'll just keep washing my hands, wearing a mask and avoiding indoor gatherings. "We have very solid evidence that people of any blood type can get sick and die from COVID and be intubated," says Michael Zietz. "No one should think that they're immune on account of blood type. The differences that we see are not very large in the grand scheme of things. And compared to something like age or serious comorbidities, heart disease or something, it's not a large effect compared to those."