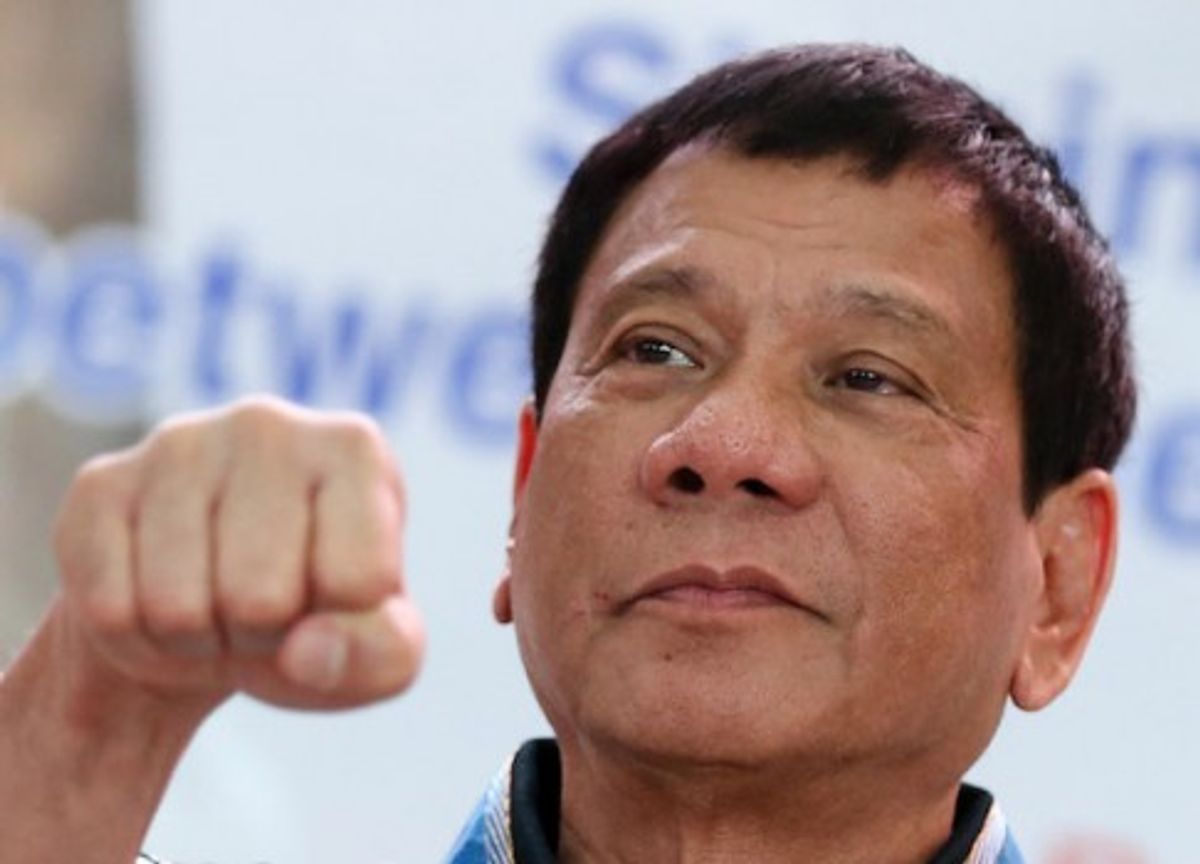 "Forget about human rights," the Philippine president continued. "That's my order. I'm willing to go to jail, that's not a problem. I do not have any qualms about doing the things that I have to do."

According to Phil Robertson, the deputy Asia director at Human Rights Watch (HRW), "It is not a coincidence that these deadly raids happened two days after President Rodrigo Duterte ordered police and military to 'kill all' communists and 'don't mind human rights.'"

"These incidents," he added, "are clearly part of the government's increasingly brutal counter-insurgency campaign aimed at eliminating the 52-year-old communist insurgency."

While Duterte, a right-wing politician who took office in 2016, claims his government is putting down violent Maoist factions, human rights groups have warned the authoritarian president's anti-left crusade goes far beyond that—using the rhetoric of "counter-insurgency" as cover to terrorize and repress leftists throughout the country, regardless of whether they are connected to the New People's Army, the armed wing of the national Communist Party.

"The fundamental problem," said Robertson, "is this campaign no longer makes any distinction between armed rebels and non-combatant activists, labor leaders, and rights defenders."

In response to the lethal raids that took place on Sunday—in the provinces of Cavite, Laguna, Batangas, and Rizal, all in the southern part of Luzon Island, near Manila—Cristina Palabay, secretary-general of Karapatan, a progressive organization in the Philippines, said that "nothing could be more apt than calling this day a 'Bloody Sunday.'" Security forces, she added, are "obediently heeding the president's kill, kill, kill orders."

The New York Times reported that, according to Palabay, "the activists who were killed had worked for a variety of organizations, including a group that works on behalf of Philippine fishermen and another that campaigned for the rights of the urban poor."

According to WION, one of the victims who was killed Sunday was Emmanuel "Manny" Asuncion, a coordinator of Bagong Alyansang Makabayan, a left-wing organization that has "called for an end to 'red-tagging,' the practice of labeling opponents communists or terrorists to justify targeting them, which dates back to the the rule of late dictator Ferdinand Marcos."

As Robertson pointed out, "It is also not a coincidence that these incidents occurred in provinces overseen by the Southern Luzon Command of the Armed Forces of the Philippines, led by Lt. Gen. Antonio Parlade Jr., who has led a vicious 'red-tagging' campaign against activists by accusing them of rebel links without providing any evidence that can stand up in a court of law."

Al-Jazeera reported Sunday that, according to the police, "six people were also arrested during the raids in three provinces surrounding Metro Manila on Sunday, while at least six others 'escaped.'"

According to Inquirer News, Karapatan's search teams—currently trying to locate other victims, including those reported missing—were also targeted and pursued by security forces. Esteban Mendoza, one of the arrested activists, described this past weekend's violent "onslaught" as the result of the Anti-Terror Act championed by Duterte and enacted in 2020.

Regarding Sunday's raids, police claimed they "had arrest warrants against 18 individuals, adding that some resisted arrest, resulting in their deaths," Al-Jazerra reported.

Activists have described the raids as "reminiscent of police operations in which thousands of people have been killed as part of Duterte's signature war on drugs, in which police said all of the victims were armed and had resisted arrest," WION reported.

Al-Jazerra noted that there are "fears of a new wave of bloodshed" across the Philippines.

Butch Olano, Philippines section director at Amnesty International, echoed those concerns, saying in a statement released Monday that "we are deeply alarmed that 'tokhang'-style raids during anti-drug operations—where targets are killed by the police allegedly for fighting back—are increasingly being used against activists and rights defenders."

"We strongly urge the Philippine government to finally end the attacks and killings; conduct effective and independent investigations into the raids in Calabarzon, including to determine whether or not the use of deadly force was warranted; and prosecute in fair trials those found responsible for human rights violations," Olano said.

"Government officials, especially at the highest levels," he continued, "must end the ongoing incitement of extrajudicial killings and immediately implement measures in line with the recommendations of the U.N. High Commissioner's 2020 report."

"In light of the rapidly worsening human rights situation in the Philippines," Olano added, "states have the responsibility to hold the Philippine government to account for its commitments before the U.N. Human Rights Council, which must now take overdue action and launch an independent international investigation to address this alarming situation and end the cycle of impunity that continues to fuel violations."

During a press conference at SC State University, former U.S. Ambassador to the U.N. Nikki Haley was asked by Associated Press reporter Meg Kinnard if she'd support Donald Trump if he ran in 2014.