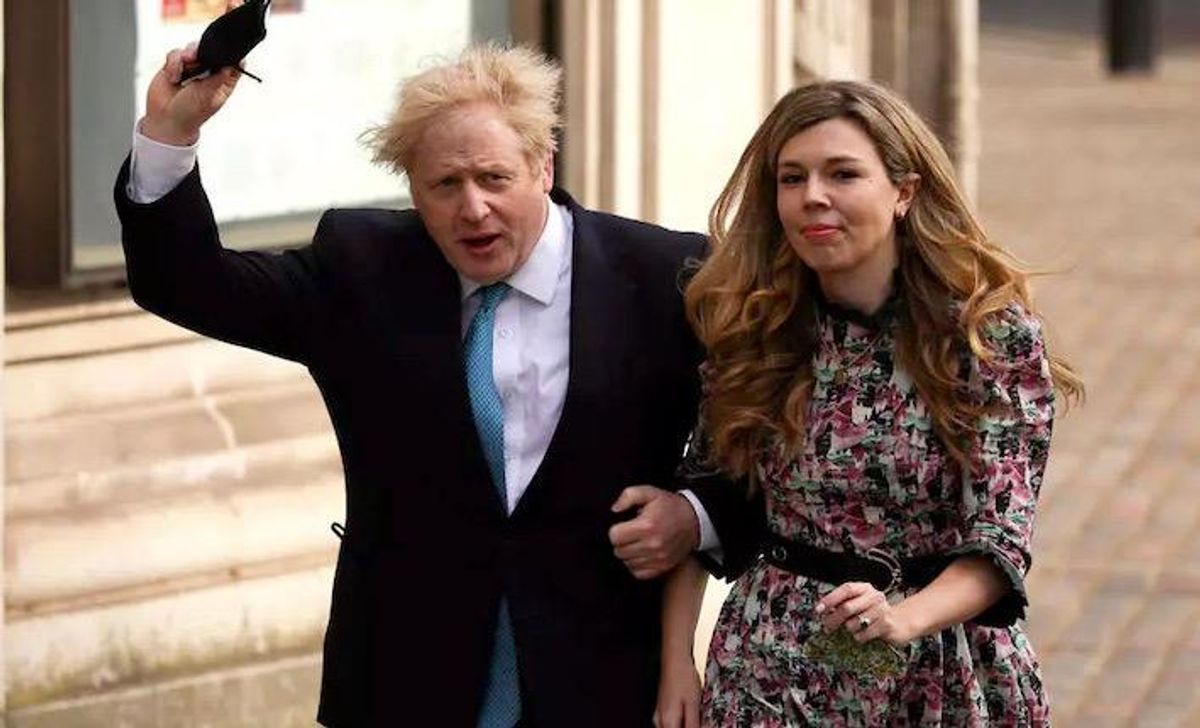 Boris Johnson and partner Carrie Symonds have sent "save the date" cards for July 30 next year, The Sun reported - AFP/File

British Prime Minister Boris Johnson and his fiancee Carrie Symonds have set a wedding date for next year after delaying plans due to the pandemic, The Sun tabloid reported Monday.

Known for his colorful love life, Johnson will be only the second prime minister ever to marry while in office, following Robert Jenkinson in 1822.

The couple have sent "save the date" cards for July 30 next year, The Sun reported.

When elected in 2019, the 56-year-old became the first prime minister to live at Downing Street as part of an unmarried couple.

His partner Symonds, a 33-year-old former head of communications for the Conservative Party, gave birth to their son Wilfred in April last year.

This was just weeks after Johnson left intensive care as he recovered from a severe case of coronavirus.

The couple have lately been hit by a scandal over the costly redecoration of their Downing Street flat, which is being probed over allegations that contributions by a Tory party donor were not declared fully.

Johnson has been married twice before. He had four children with his previous wife, lawyer Marina Wheeler, before they split in 2018. The couple only finalized their divorce last November.

Johnson also reportedly has a daughter born as the result of an affair.