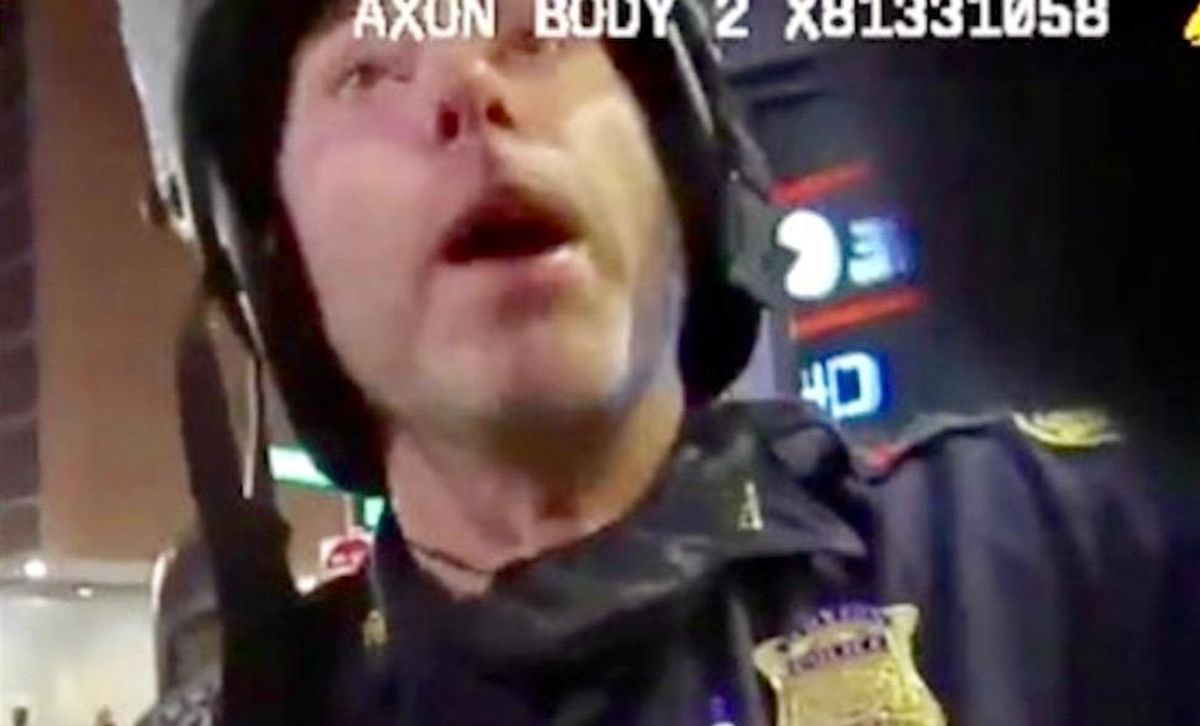 Boston Cop (Screen Grab)
In a video that is quickly going viral, a sergeant with the Boston Police Department bragged to a fellow officer on body camera about "fucking hitting" Black Lives Matter protestors with his car. “Dude, dude, dude, I fucking, I drove down Tremont. There was an unmarked state police cruiser they were all fucking gathered around,” the sergeant begins. “So then I had a fucker keep coming, fucking running. I’m fucking hitting people with the car. Did you hear me? I was like, 'Get the fuck—'” At this point in the video, his recording officer briefly taps the sergeant on the head, turn his body camera away and then informs the sergeant that the camera is on. Though the sergeant quickly replies, "I know," he begin stammering as he tries to say that he did not in fact hit protestors with his car like he just said. "What I’m saying is, though, ... I didn’t hit anybody, like, just driving.... My windows were closed, the shit was coming in," the sergeant says before quickly falling silent and shaking his head. The recording officer then says, as if in apologetic explanation, "This thing just fucking went on automatically," referring to the body cam. https://twitter.com/EoinHiggins_/status/1340296990874365954 The Daily Dot explains, "The footage was exclusively obtained and published on December18 by the Appeal. The footage is part of the hours of footage featuring Boston police's response to the [racial justice protests that occurred during and after June 2020]."
Report typos and corrections to: corrections@rawstory.com.
READ COMMENTS - JOIN THE DISCUSSION