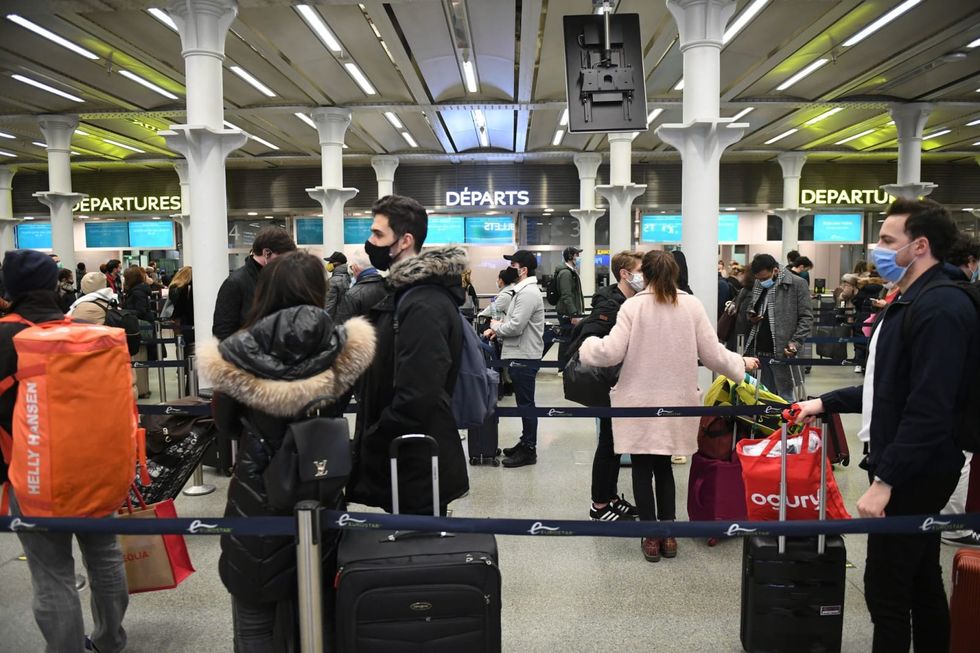 Christmas lockdown in England - People line up at St Pancras station in London, as they wait to board the last train to Paris today, amid concerns over borders closure. British Prime Minister Boris Johnson cancelled Christmas holiday gatherings across London and eastern and south-east England, after scientists warned of a rapid spread of the new variant coronavirus. - Stefan Rousseau/PA Wire/dpa

Several European Union countries were stopping flights from Britain, where a quickly spreading variant of the coronavirus has alarmed officials and sent London and south-eastern England into lockdown. The Netherlands was the first on Sunday to announce an immediate ban on flights, with similar advisories quickly following from Belgium, Austria and Italy. Other countries, such as Germany, were considering following suit. Britain on Saturday announced a new lockdown for London and parts of south and eastern England starting Sunday due to concerns about the rapid spread of the new variant. The re...