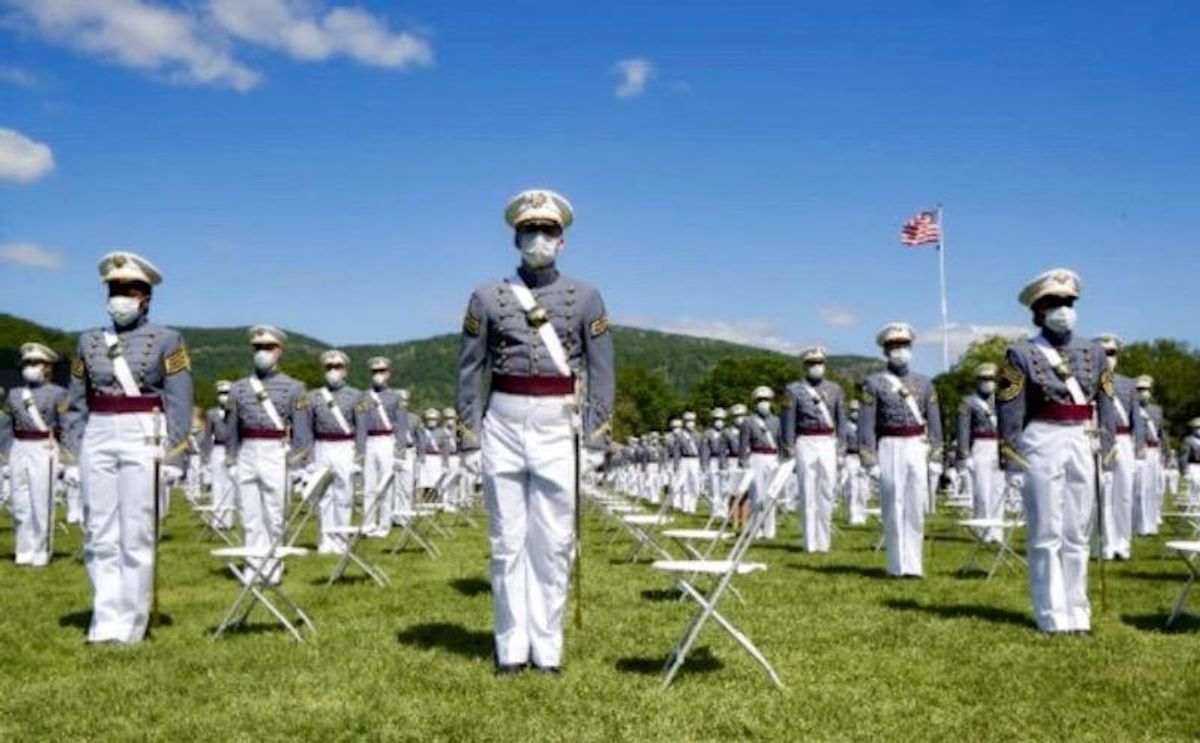 Cadets at the elite US army school of West Point (AFP)

America's prestigious military school West Point has been shaken by its biggest cheating scandal in decades, with dozens of cadets accused of breaking the academy's honor code in the spring.

"A cadet will not lie, cheat, or steal, or tolerate those who do," reads the code of the elite school, situated 60 miles (95 kilometers) north of New York City on the banks of the Hudson River.

But in May more than 70 students were accused of cheating on their final calculus exam while learning remotely because of the coronavirus pandemic after teachers found irregularities in their answers, officials said.

Following an investigation, two cases were dropped due to lack of evidence and four cadets resigned from West Point.

Of the 67 remaining cases, 55 students admitted their guilt and have been enrolled in a "Special Leader Development Program" due to foster their rehabilitation.

Eight must undergo further investigation while four will appear before a school board, officials said.

"Cadets are being held accountable for breaking the code," Christopher Ophardt, a school spokesman told AFP.

"While disappointing, the honor system is working, and these 67 remaining cases will be held accountable for their actions," he added.

It represents West Point's biggest cheating scandal since 1976 when 152 students were accused of cheating and the US Secretary of the Army appointed a special commission to investigate.

The probe concluded that the rights of the students had not been respected and the honor code investigation process had not been followed properly.

West Point, founded in 1802, has 4,000 army cadets enrolled in its four-year course. They attend for free in return for five years of active service after graduation.