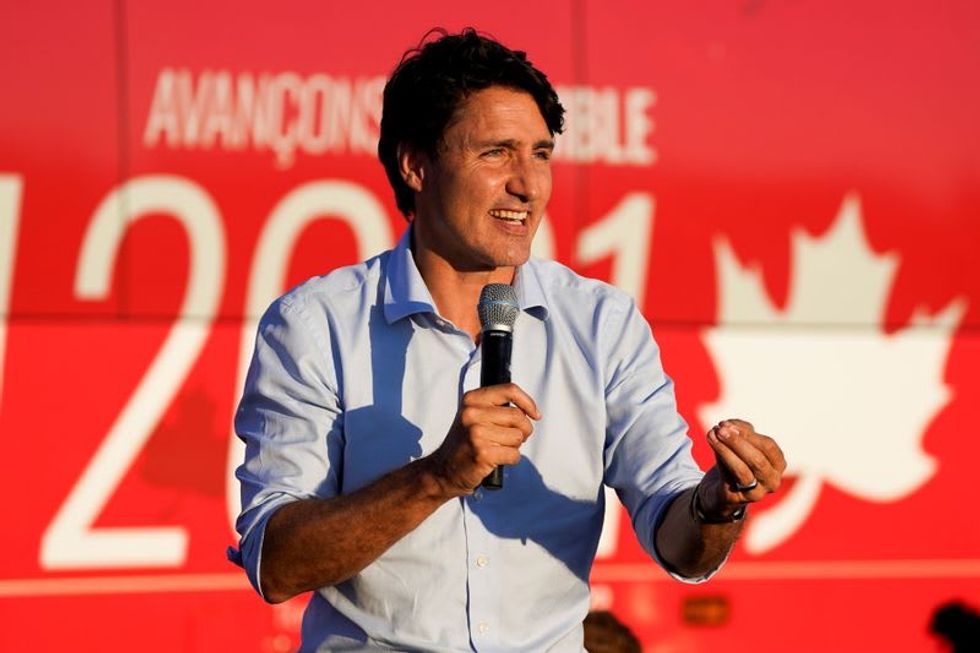 HAMILTON, Ontario (Reuters) - Canada's election is in a dead heat two days before the Sept. 20 vote, according to a new poll on Saturday, as Prime Minister Justin Trudeau and his Conservative rival both campaigned in the same seat-rich region to scour up votes.

The latest Sondage Leger poll conducted for the Journal de Montreal and the National Post newspapers put the Conservatives one percentage point ahead of Trudeau's Liberals, with 33% over 32%.

The tightness of the race has put the focus on turnout, with low turnout historically favouring the Conservatives. The Leger poll put the third-place left-leaning New Democratic Party at 19%.

Trudeau, 49, called an early election, seeking to convert approval for his government's handling of the pandemic into a parliamentary majority. But he is now scrambling to save his job, with Canadians questioning the need for an early election amid a fourth pandemic wave.

On Saturday, the Liberals announced they would drop a candidate over a 2019 sexual assault charge that the party said was not disclosed to them. Kevin Vuong, a naval reservist running in an open Liberal seat in downtown Toronto, denied the allegations on Friday, noting the charge was withdrawn.

"Mr. Vuong will no longer be a Liberal candidate, and should he be elected, he will not be a member of the Liberal caucus," the party said in a statement on Saturday.

Both Trudeau and his Conservative rival Erin O'Toole were campaigning around the Toronto region on Saturday.

O'Toole, 48, is slated to appear in a Conservative-held riding west of Toronto that was closely fought during the 2019 election.

The area’s member of Parliament, who is not running again, came under fire last spring for saying COVID-19 lockdowns were the "single greatest breach of our civil liberties since the internment camps during WW2."