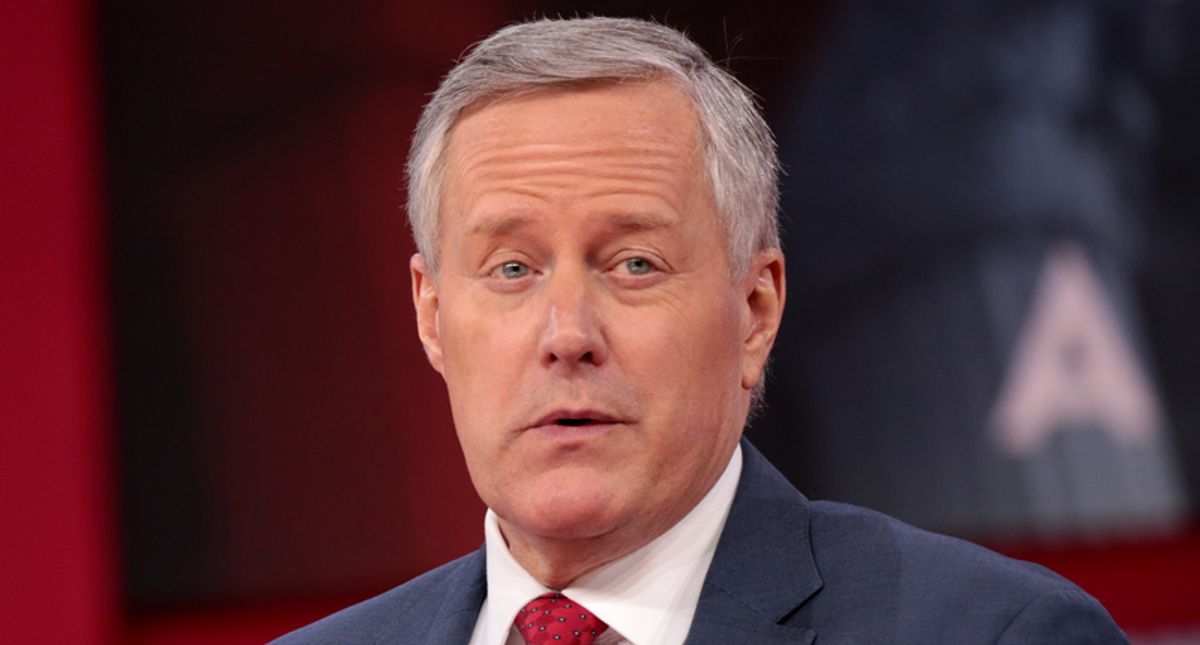 On Wednesday, Jan. 27, Mark Meadows made an appearance on "Fox & Friends" where he offered a partisan perspective on the Biden administration's first full week in the White House, scrutinizing President Joe Biden's executive orders that canceled out many of former President Donald Trump's most controversial actions.

Fox News host Brian Kilmeade also asked Meadows for his take on Trump's "Save America" rally, which occurred shortly before an angry mob of his supporters stormed the U.S. Capitol to hinder the Electoral College certification. Since the rally influenced the U.S. Capitol riot and subsequently led to Trump's second impeachment and the impending Senate trial, Kilmeade asked, "In retrospect, was that rally on January 6th … a good idea?"

Meadows began, "When we start looking at the rally, Brian, we are focused more on that than we are really we need to be focused on today. When we start to look at America, it needs to be about what is important to people on Main Street."

Referencing the Senate vote on Tuesday, Jan. 26, former Chief of Staff suggested that the impeachment trial is "unconstitutional" as he insisted government officials should focus on "what is important to the American people."

"There was a vote yesterday in the Senate that suggested that 45 senators said that it was unconstitutional," Meadows noted. "Let's get on and be focused on what is important to the American people."

Shortly after the segment aired, Meadows was met with backlash on social media from users who argue that the circumstances surrounding the impeachment trial have long-term importance in regard to what should be prioritized for the future of the American people.

Trump's attempted coup has contributed greatly to the fragility of America's democracy, and it could be further jeopardized in the long term if lawmakers simply ignore Trump's actions simply because he is no longer in office. Despite Meadows' arguments, many Twitter users argue that accountability is important to the American people.

@RpsAgainstTrump @MarkMeadows to say that the Capitol Insurrection is not important to the American people is to sa… https://t.co/Gyigs4jul7
— Gail Litchfield (@Gail Litchfield)1611759461.0

Mark Meadows You owe the American people an apology for your big lies on Twitter, elsewhere. The insurrection has… https://t.co/ucx6qG9t2C
— Donald Lindeman (@Donald Lindeman)1611759566.0