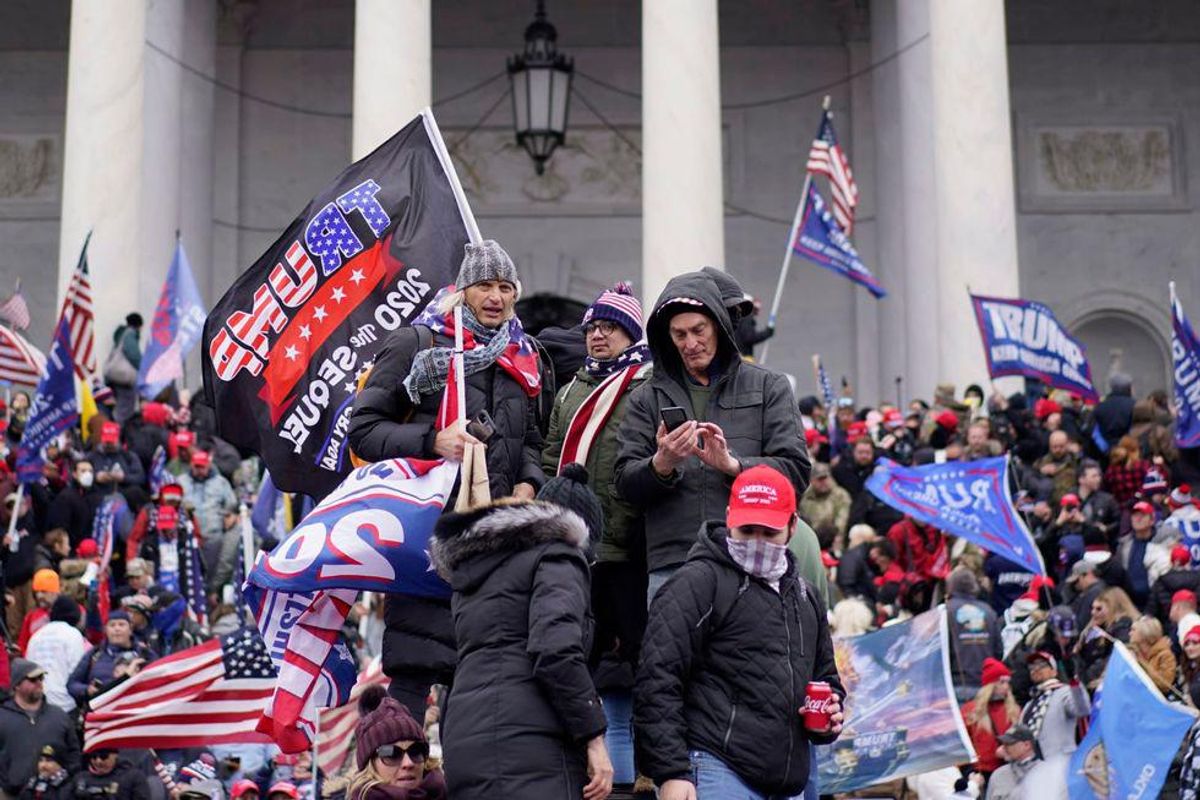 However, experts point to a number of other issues that likely contributed to the obstacles Capitol Police faced during the insurrection. Weighing in with their take on the Capitol insurrection, multiple experts laid out their grievances with the egregious response:

Per the publication, experts believe the following are to blame for what created "a perfect storm" at the U.S. Capitol: "an egregious lack of preparation, a reluctance to take a clear threat seriously and a wariness about stepping on a volatile President's toes seem to have added to layers of complexity and confusion atop those fears."

As Miller provided a number of conflicting testimonies, he also claimed his reluctance to deploy uniformed was based on optics.

"The politics were pretty crummy because of that incident outside the White House," Lt. Gen. (Ret.) Steve Blum, former chief of the National Guard Bureau, told TPM. "I think they wanted to avoid those optics."

The former Defense official claims he believed the presence of uniformed troops could have made things worse as he cited concerns about previous calls to invoke martial law. Since overuse of law enforcement sparked outrage last summer when Black Lives Matter protesters were aggressively dispersed from Lafayette Square, Miller claimed he feared a repeat of that episode.

However, experts do not believe that is the case. Since the entire day was fueled by former President Donald Trump's rhetoric and Big Lie claims about the election being stolen from him, experts believe the Trump-appointed Defense Secretary's actions were politically driven.

Juliette Kayyem, a senior lecturer at Harvard's Kennedy School of Government who also served as former assistant secretary for intergovernmental affairs at the U.S. Department of Homeland Security (DHS) under the Obama administration, made it clear that she did not buy the explanations because those in authority "should have known better."

"Those who were involved should have known better — or were chosen because they didn't know better," Kayyem, said, adding, "Miller tried to confuse people who don't know how this works by saying he can't just make a phone call and deploy people — if that's happening you already made a mistake," Kayyem said. "That call should have happened three weeks before."

Blum also noted that there were alternative options that could have been incorporated to have military personnel in place without them being in public sight unless the situation went awry.

"If this had been taken seriously, they would have called up the Guard a day or two before and brought them to the Armory close to the Capitol," Blum said. "They would have been ready if needed."