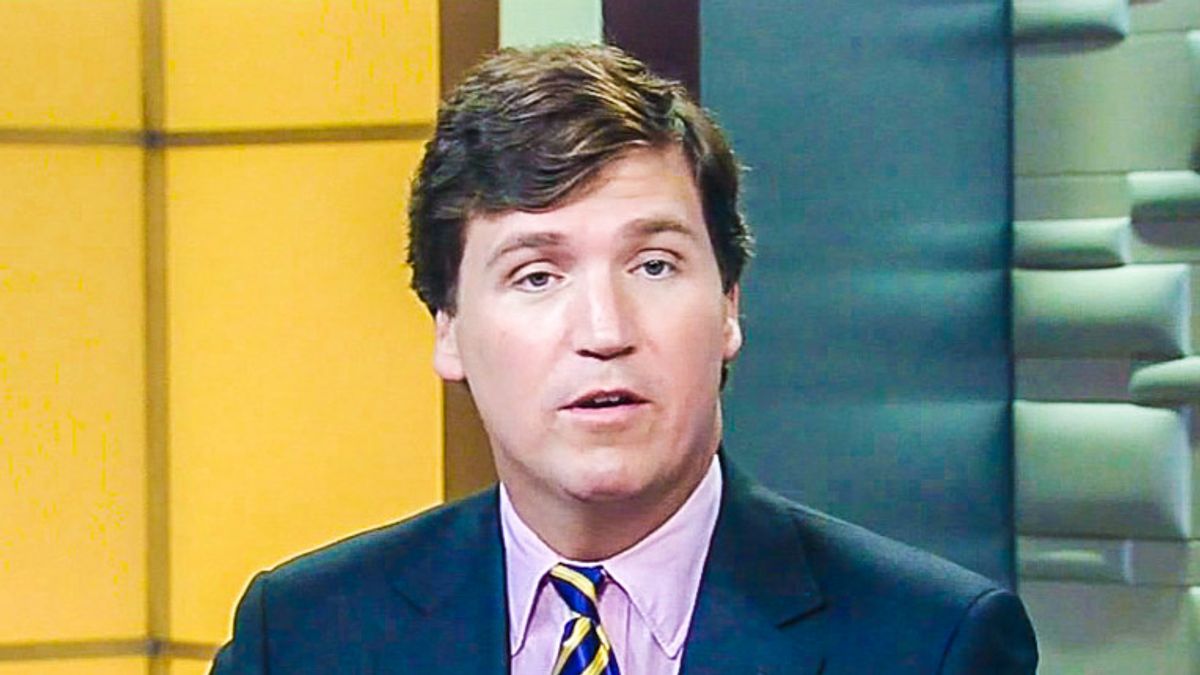 In what purportedly is a copy of his college yearbook, Fox News' white nationalist host Tucker Carlson appears to have written that he was a member of the "Dan White Society" and the "Jesse Helms Foundation."

Dan White, assuming it's the same one, is the man who assassinated Harvey Milk, one of America's first openly-gay elected officials. At the same time, in 1978, he also assassinated San Francisco Mayor George Moscone.

Jesse Helms is an infamous white supremacist who served as a Republican U.S. Senator for North Carolina for 30 years, until 2003. He was also an avowed anti-LGBTQ extremist who called gay people, among many other libels, "degenerates," and "weak, morally sick wretches."

The "organizations" do not appear to exist, but if the image is actually from Carlson's yearbook, it paints a very clear picture of Carlson's views at the time.

Journalist Travis Akers located and posted the yearbook shot, which has not been verified:

Perhaps this is the story that @TuckerCarlson was trying to get ahead of. In his college yearbook, he listed himself as a member of the "Dan White Society." Dan White was the man who murdered Harvey Milk. pic.twitter.com/TYklyfC8tS
— Travis Akers (@travisakers) April 21, 2021

What prompted the social media post was Carlson's own remarks, warning that a Washington Post journalist had obtained a copy of the book and was speaking to his former classmates, according to MIC.

"On Tuesday night, Fox News's increasingly fascistic, white nationalist-sympathizing host Tucker Carlson issued a strange aside during his usual screeds against racial minorities and shadowy 'elites' and whatever other groups he can think to demonize on any given occasion. He was, he explained, responding to reports that The Washington Post's Erik Wemple ('a mentally unbalanced middle-aged man,' Tucker smarmed) had been investigating Carlson's college yearbook — 'to see if we'd done anything naughty at the age of 19.'"

Tucker Carlson says the Washington Post has been reaching out to his college classmates after getting a copy of his yearbook pic.twitter.com/E4FRSfoILG
— TV News HQ (@TVNewsHQ) April 21, 2021

Presumably there will be more to come.