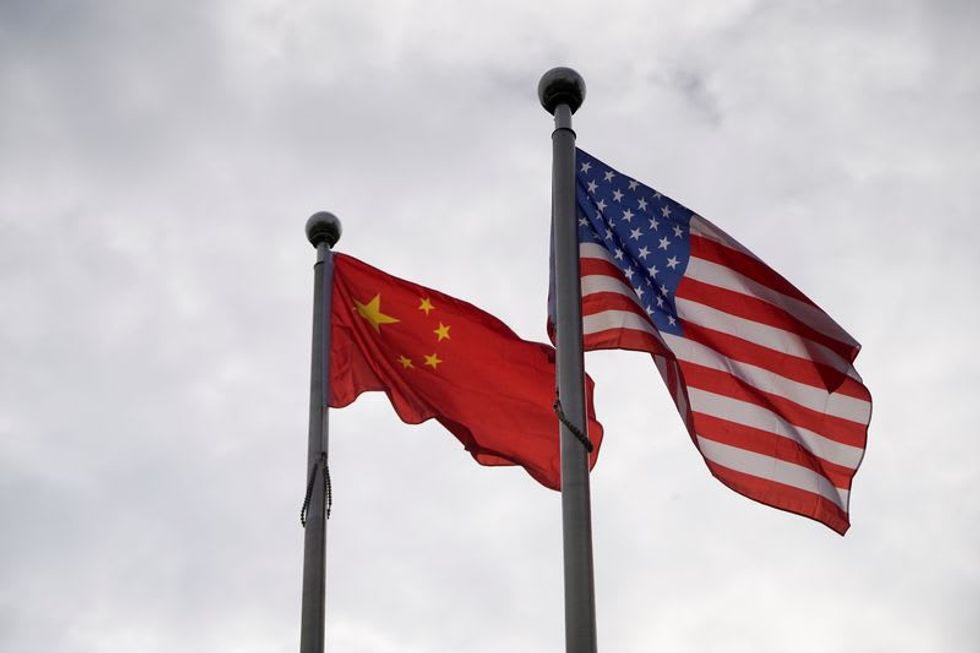 WASHINGTON (Reuters) -China on Thursday criticized the United States for putting a dozen Chinese companies on its trade blacklist over national security and foreign policy concerns, citing in some cases their help developing the Chinese military's quantum computing efforts.

The Chinese additions to the blacklist maintained by the U.S. commerce department comes amid growing tensions https://www.reuters.com/world/asia-pacific/biden-administration-invites-taiwan-its-summit-democracy-2021-11-24 between Beijing and Washington over the status of Taiwan and trade issues.

The department also said several entities and individuals from China and Pakistan were added to the Commerce Department's Entity List for contributing to Pakistan's nuclear activities or ballistic missile program.

In total, 27 new entities were added to the list from China, Japan, Pakistan, and Singapore.

China strongly opposes the sanctions on the Chinese companies, and will lodge solemn representations with the United States, Shu Jueting, a spokesperson for the Chinese commerce ministry, said at a news conference on Thursday.

Commerce Secretary Gina Raimondo said in a statement on Wednesday that the new listings will help prevent U.S. technology from supporting the development of Chinese and Russian "military advancement and activities of non-proliferation concern like Pakistan's unsafeguarded nuclear activities or ballistic missile program."

China's embassy in Washington charged that the United States "uses the catch-all concept of national security and abuses state power to suppress and restrict Chinese enterprises in all possible means.

He said the United States should "follow the spirit" of a virtual meeting between U.S. President Joe Biden and Chinese leader Xi Jinping https://www.reuters.com/world/biden-raised-concerns-over-xinjiang-tibet-hong-kong-xi-warns-taiwan-red-line-2021-11-16 last week and "meet China halfway instead of going further down the wrong path."

China will take all the necessary steps to defend its companies, and reserves the right to take countermeasures against the sanctions, warned Zhao Lijian, spokesman at the Chinese foreign ministry, at a briefing on Thursday.

It also added Hefei National Laboratory for Physical Sciences at Microscale, QuantumCTek and Shanghai QuantumCTeck Co Ltd to the list for "acquiring and attempting to acquire U.S.-origin items in support of military applications".

The eight Chinese firms were listed to prevent U.S. technology being used to help China develop quantum computing applications for its military.

The Commerce Department wants to stop the Chinese military from developing its counter-stealth technology, which could include equipment like advanced radars, and counter-submarine applications such as undersea sensors. The action also blocks U.S. material from being used to help China break encryption or develop unbreakable encryption, the Commerce Department said.

Suppliers to companies on the entity list will need to apply for a license before they can sell to them, which is likely to be denied.

Separately, the Moscow Institute of Physics and Technology was added to the Commerce Department's military end user list, but the listing did not provide additional information other than it had produced military products.

The entity list has increasingly been used for national security and foreign policy aims since the Trump administration. Chinese telecom company Huawei was added in 2019, cutting it off from some key suppliers and making it difficult for them to produce mobile handsets.