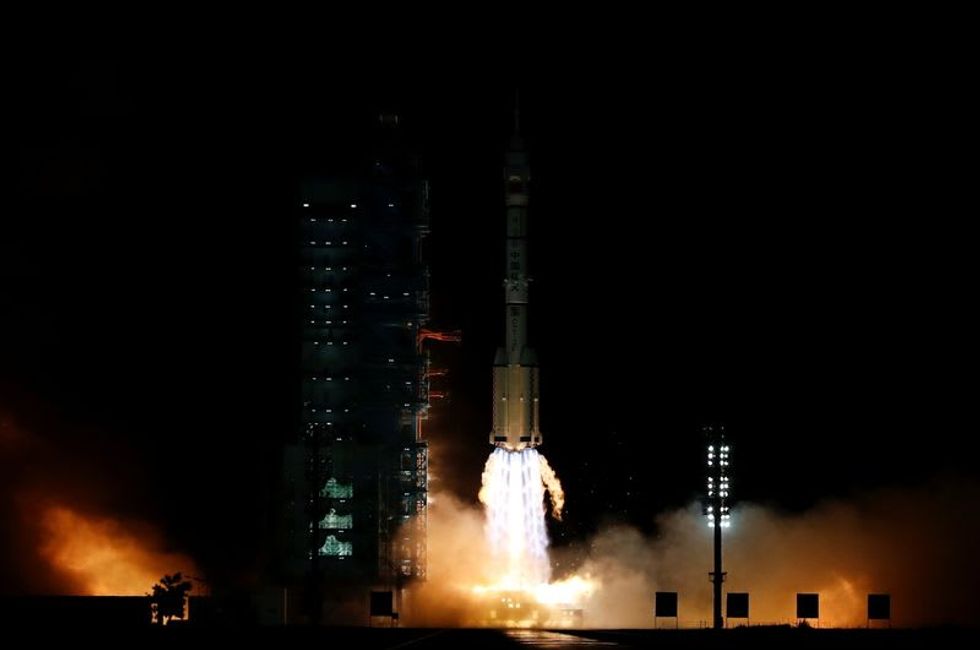 JIUQUAN, China (Reuters) -China on Saturday launched a rocket carrying three astronauts, including one woman, to the core module of a future space station where they will live and work for six months, the longest-ever duration in orbit for Chinese astronauts.

A Long March-2F rocket carrying the Shenzhou-13 spacecraft, which means "Divine Vessel" in Chinese, blasted off from Jiuquan Satellite Launch Center in the northwestern province of Gansu at 12:23 a.m. Beijing time (1623 GMT on Friday).

China began construction of the space station in April with the launch of Tianhe - the first and largest of the station's three modules. Slightly bigger than a city bus, Tianhe will be the living quarters of the completed space station.

Shenzhou-13 is the second of four crewed missions needed to complete the space station by the end of 2022. During the first crewed mission that concluded in September, three other astronauts stayed on Tianhe for 90 days.

In the latest mission, astronauts will carry out tests of the key technologies and robotics on Tianhe needed to assemble the space station, verify onboard life support systems and conduct a host of scientific experiments.

The mission commander is Zhai Zhigang, 55, from China's very first batch of astronaut trainees in the late 1990s.

Born to a rural family of six children, Zhai carried out China's first spacewalk in 2008. Shenzhou-13 was his second space mission.

"The most challenging task will be the long-term stay in orbit for six months," Zhai said at a press conference on Thursday. "It will exact higher demands (on us), both physically and psychologically."

Zhai was accompanied by Wang Yaping, 41, and Ye Guangfu, 41.

Wang, a mother of a five-year-old, was born to a rural family like Zhai.

Known among her colleagues for her tenacity, the former air force pilot first travelled to space in 2013, to Tiangong-1, a prototype space lab.

China has so far sent two female astronauts to space. The first was Liu Yang, in 2012.

Shenzhou-13 was the first space mission for the third astronaut, Ye.

After the return of the Shenzhou-13 crew to Earth in April next year, China will deploy six more missions, including deliveries of the second and third space station modules and two final crewed missions.

China, barred by U.S. law from working with NASA and by extension on the International Space Station (ISS), has spent the past decade developing technologies to build its own station.

With the ISS set to retire in a few years, China's space station will become the only one in Earth's orbit.

China's space programme has come far since late leader Mao Zedong lamented that the country could not even launch a potato into space.

China became the third country to put a man in space with its own rocket, in October 2003, after the former Soviet Union and the United States.