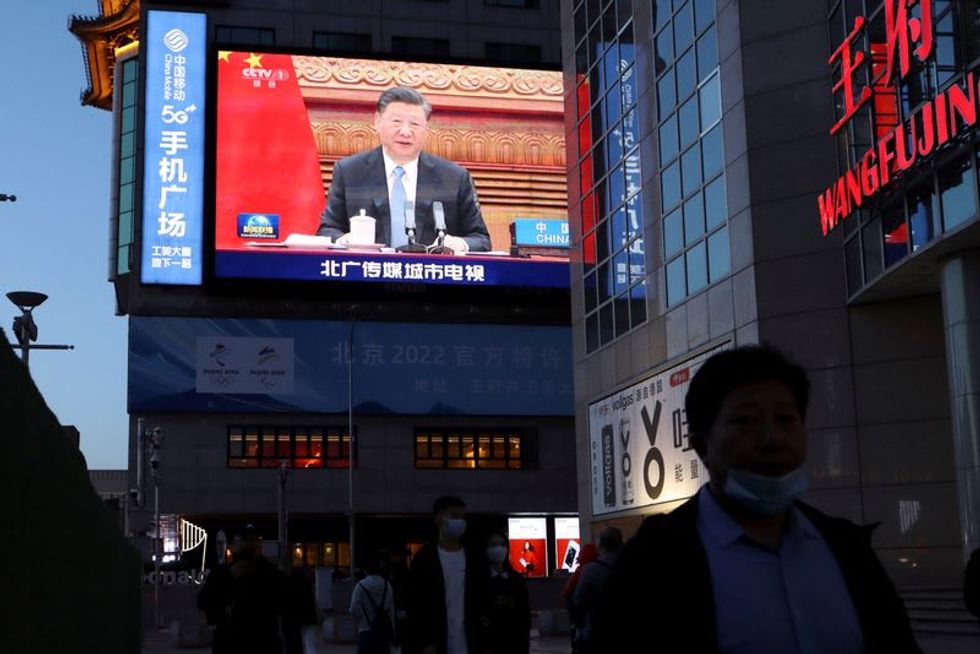 BEIJING (Reuters) - China's President Xi Jinping will participate in the Group of 20 (G20) leaders' summit in Rome on Oct. 30-31 via video link, according to a notice from China's foreign ministry on Friday.

He will make a speech at the summit, the notice said.

Xi has not left China since early 2020, when the gravity of the COVID-19 pandemic became clear.

A handful of other key leaders from wealthy G20 nations, including Russian President Vladimir Putin and Japanese Prime Minister Fumio Kishida will not attend in person. Host Italy had hoped the summit would see all leaders meet face-to-face.

U.S. President Joe Biden has confirmed he will attend in person.

The G20, whose countries account for 80% of global carbon emissions, is considered an important stepping stone before the United Nations COP26 climate summit in Scotland, which begins on Sunday.

Xi is also not expected to attend COP26 in person, which could indicate that the world's biggest CO2 producer has already decided that it has no more concessions to offer at the U.N. COP26 climate summit in Scotland after three major pledges since last year, climate watchers said.

The G20 also aims to underline that rich countries should stump up $100 billion dollars per year to help poorer nations adapt to climate change.

This goal was supposed to be achieved by 2020, according to an agreement reached in 2009, but has not been met.