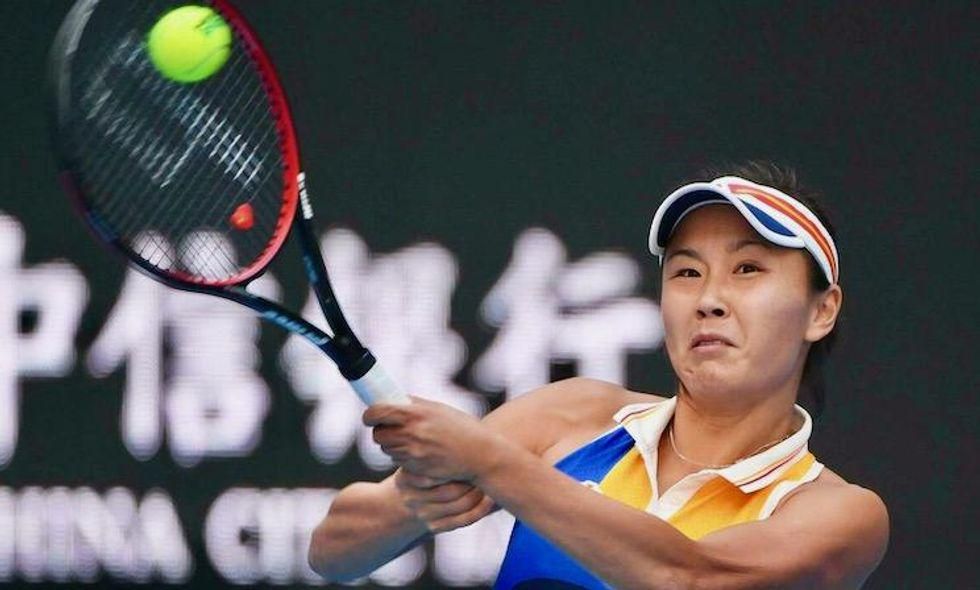 The 35-year-old's allegations spread on Twitter -- which is blocked in China but accessible using special Virtual Private Networks -- and sparked an international outcry.

And many found ways to get around the censorship inside the Chinese firewall, initially using Peng Shuai's initials in English, "PS", to refer to the former world doubles number one online.

Messages including those initials were soon censored.

"Eddie Peng is too handsome," read one since-deleted post, according to screenshots -- in an apparent reference to the Taiwanese actor. The characters for the movie star's surname and "handsome" make up Peng Shuai's name in Chinese.

On pop culture review site Douban, some users turned to a mix of English and Chinese.

"Her WB id no le," one user wrote in a screenshot of a now-deleted Douban forum thread, referring to the disappearance of Peng's official Weibo account from the platform's search function.

"I hope her ping'an," another user said, wishing for the tennis player's safety.

Some took to the "Tennis" topic page on Weibo to post obliquely about a "big melon" that had exploded in the world of tennis overnight.

"Even when I'm asleep I must wake up to eat melon," one Weibo user wrote in a now-deleted post, after Peng's allegations were posted late one evening, describing Zhang -- or the "person involved" -- as "too politically sensitive".

The authorities have been quick to catch up, swiftly identifying and deleting new coded posts related to Peng -- even blocking the Douban page for the Korean drama "Prime Minister & I", where users had retreated to discuss Peng's claims against Zhang.

But the sheer volume of comments means that some linger, especially those made on remote parts of social media unrelated to Peng Shuai.

"I support WTA" and "please respect every woman", commenters wrote on a Weibo post by the Women's Tennis Association listing 2021 tournament winners.

Some online users starred out some letters from "WTA" to avoid censors, with one asking on Weibo if the "*TA" move on Wednesday to cancel tournaments in China was "because of that person?"