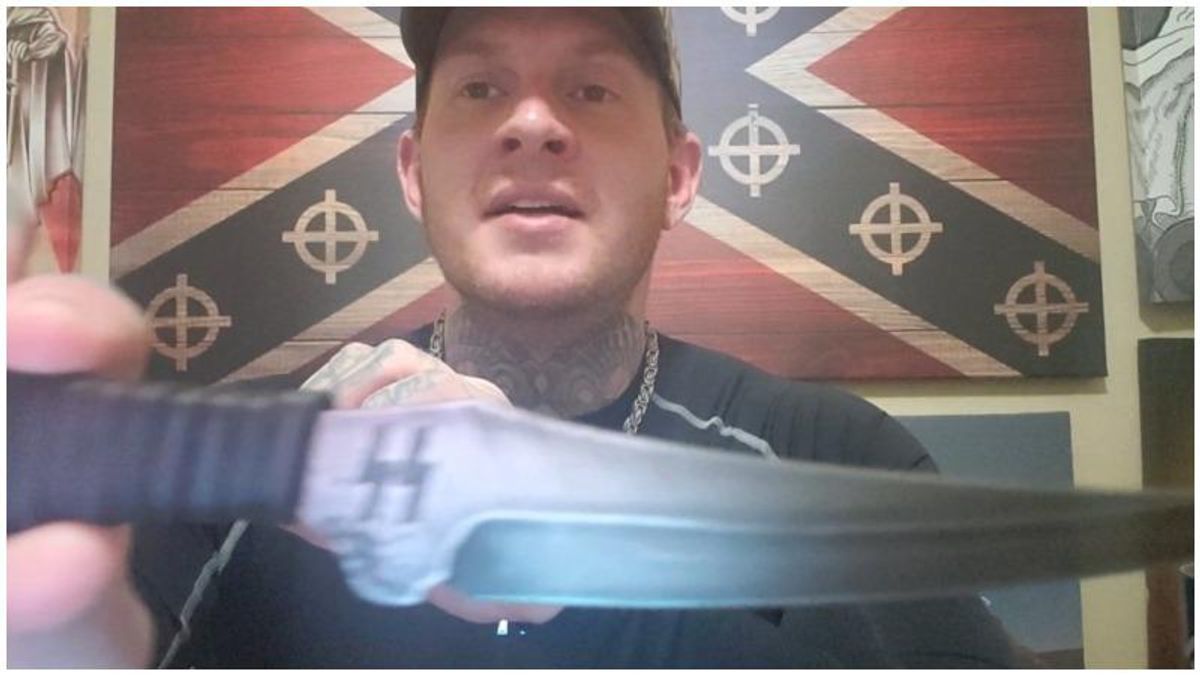 A former Marine who encouraged fellow neo-Nazi's to move to Maine and make a "white future" for themselves by creating a white ethnostate, also shared a video with his followers with a proposal to use snipers to bring America "to its knees," Vice News is reporting.

According to the Vice report, the plan by Chris Pohlhaus, 34, involved shooters targeting the nation's truck drivers in the hope that it would create economic chaos.

According to Vice's Ben Makuch, the ex-military man sat before a Confederate flag in his video and detailed his plan.

Writing that Pohlhaus described his proposal as one that could "easily disrupt the United States' supply chain," Makuch quoted the self-proclaimed Neo-Nazi telling his fans, "It's easy to stop trucks. You don't need anybody; you barely need anyone. Twenty five dudes. Twenty five dudes trained with a (rifle)," before adding, "Each one of those guys shoots and moves and hides, shoots two truckers a day. That's 50 truckers (shot) every day."

According to the report, "Pohlhaus denied telling followers to shoot truckers and said the full context of the video was discussing historical hypotheticals involving whether or not epic figures like Ghengis Khan or Alexander the Great could conquer the modern world. He said the trucker analogy was meant to show that it's easy to attack a society he considers on the brink of demise. "

In a text message to Vice, Pohlhaus wrote, "This system is incredibly fragile and what I did was show a way 25 men could bring it completely to its knees. And I am right, as always. They could," before warning, "It is only a matter of time before something happens and this fragile little world falls apart. You need to come to terms with this reality and prepare for the absolute hell that is coming for us."