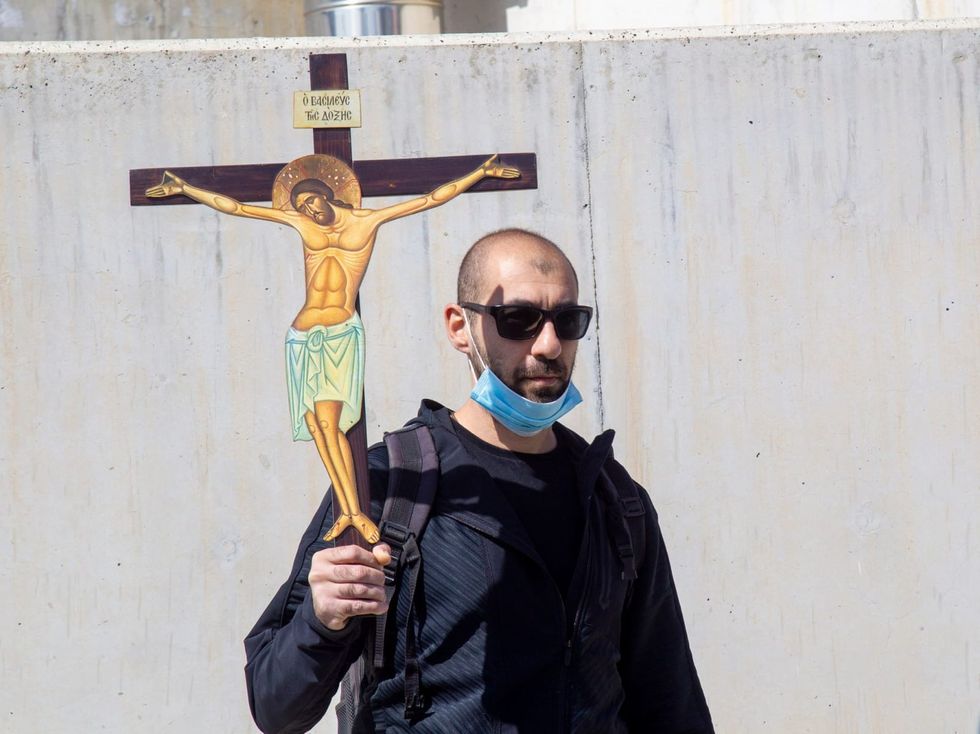 Christians demonstrate against Cyprus Eurovision song in Nikosia - A Cypriot demonstrator holds a cross during a protest in front of state broadcaster RIK's headquarters to demand the withdrawal of the country's controversial Eurovision song contest titled "El Diablo" that they say promotes satanic worship. - George Christophorou/SOPA Images via ZUMA Wire/dpa

Cyprus' entry for the Eurovision Song Contest (ESC) has drawn the wrath of Christians, who demonstrated in front of state broadcaster RIK's headquarters in the capital, Nicosia, on Saturday.

The song "El Diablo," Spanish for "The Devil," by singer Elena Tsagrinou has been criticized because it deals with the devil, as the title of the song suggests.

An online petition against the song has now been signed by more than 19,000 people, and a week ago, an anonymous caller threatened to set the state broadcaster on fire because of it. The Orthodox Church of Cyprus has also called on the government to withdraw the song.

Demonstrators on Saturday held up banners that read "Peacefully No to El Diablo" and "Cyprus Loves Christ." One demonstrator holding a large cross had tried to climb the broadcaster's barricaded gate.

Police officers were present at the demonstration but did not have to intervene, according to the Cyprus Times newspaper.

Despite the response, the broadcaster has stuck with "El Diablo" and defended itself: The song was not about paying homage to the devil, but about a woman trying to separate from a bad, evil man, it said.

The Nicosia government has also come out in support of the song.

There's been at least one winner from the row: Tsagrinou has grown in popularity and on Saturday evening celebrated reaching 1 million views on YouTube. She told the CNN news channel that she and her team remain committed to their goal of representing Cyprus at the ESC, held in Rotterdam from 18 to 22 May.