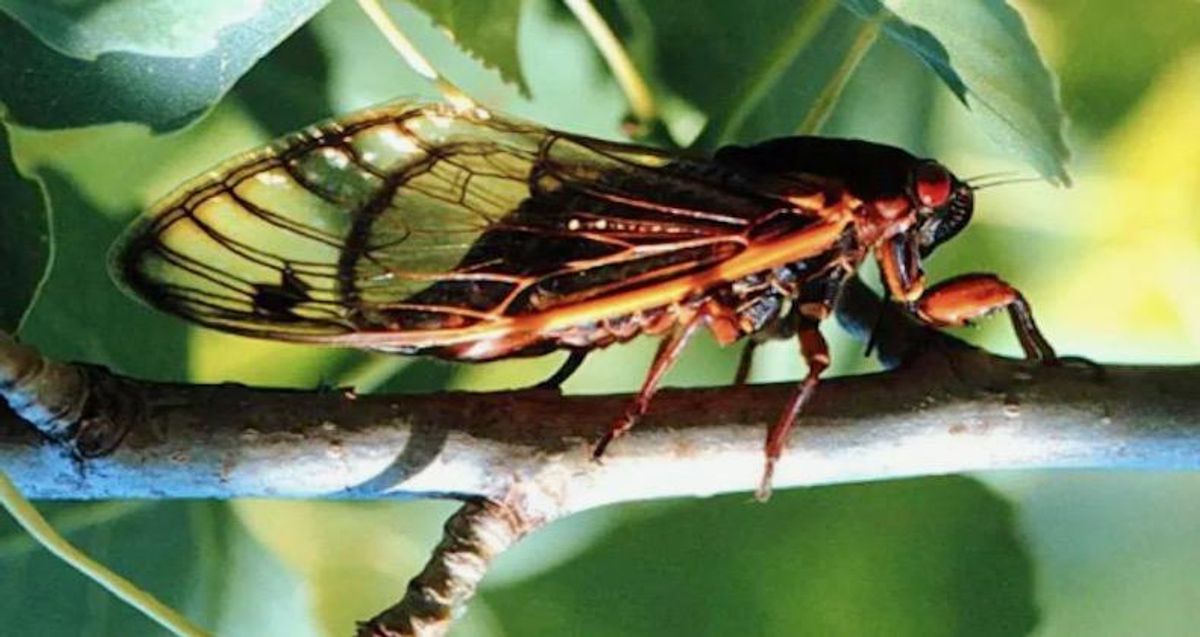 Billions of cicadas are about to emerge in parts of the eastern, central and southern United States(AFP)

Doug Yanega studies insects for a living, yet he has repeatedly missed out on one of North America's most awe-inspiring entomological events: the septdecennial (meaning once every 17 years) emergence of a swarms of cicadas known as Brood X.

Part of the reason for this is that Yanega, who works as senior scientist at the University of California Riverside's Entomology Research Museum, grew up in Long Island. This is one of the few areas in the Northeast that does not experience billions of Brood X cicadas dramatically arise from the ground for a mass aerial orgy once every 17 years. Brood X cicadas have been gradually going extinct there — perhaps because mass suburbanization has thoroughly destroyed any habitat where they could survive, Yanega theorizes — and that is where he lived in 1970 and 1987. (He missed the 2004 event for unrelated reasons and won't be on the East Coast in 2021.)

"I don't know," Yanega reflected somewhat ruefully. "I'll be 77 years old or so when the next one comes out."

It's a shame, because even if you aren't an entomologist, the Brood X cicadas put on a show that anyone would find spectacular.

The loud insects have blood-red eyes and orange-veined wings in stark contrast to their black bodies. When they emerge with a density up to 1.4 million cicadas per acre, they'll sing to prospective mates in the loudest possible tones. To a poet, the volume might smack of desperation: they will die within a few weeks of reproducing.

Unlike most human parents, these winged insects will never have the opportunity to know for sure if their young make it through the preordained stages of their lives. They will not witness whether the eggs they place on trees will hatch into nymphs, fall to the ground, burrow into the soil and enjoy the same 17-year lifespan that they did. Somehow this just winds up working out, with the next generation knowing how to pick up where the last one left off.

This is going to happen in a large swath of the country, between the East Coast to the Midwest, in the warm months of 2021. The National Oceanic and Atmospheric Administration has created a detailed map of Brood X's range, which covers just about all of Indiana; eastern rural Illinois and western Ohio; a portion of east Tennessee and neighboring counties in adjacent states; and a triangle that runs from Long Island to northeast West Virginia to south Delaware.

The last time the Brood X emerged was in an era before COVID-19 and great recessions, back when crunk was mainstream, "Shrek 2" was the highest grossing movie in America and Donald Trump was an '80s tabloid fodder has-been trying his luck with a reality TV show. Given how climate change is transforming our world, the planet will likely be an even more radically different place when 2038 offers us another chance to see them.

To appreciate the spectacle, though, you must first understand the science. Although the planet has nearly 3,400 species of cicadas, only the eastern United States has periodical cicadas that emerge from underground. (They are grouped into categories known as Broods.) Some make their appearance once every 13 years; others do so once every 17 years. The Brood X cicadas fall into the latter category, with three species — Magicicada cassinii, Magicicada septendecim, and Magicicada septendecula – synchronizing their breeding seasons to form that group.

Before they periodically swarm over the Northeast, Brood X cicadas spend their lives subsisting on plant sap, juices and water from roots underground. They grow very slowly, molting a few times along the way, and crawl up toward the surface as they get bigger. When they decide the temperature is just right, they shed their skin and fly off.

"The enigma is why this happens the way it does," Yanega said. "Why is it 17 years and not some other number?" He also pointed out that the three species do not mate with each other, raising additional questions about how and why they behave as they do.