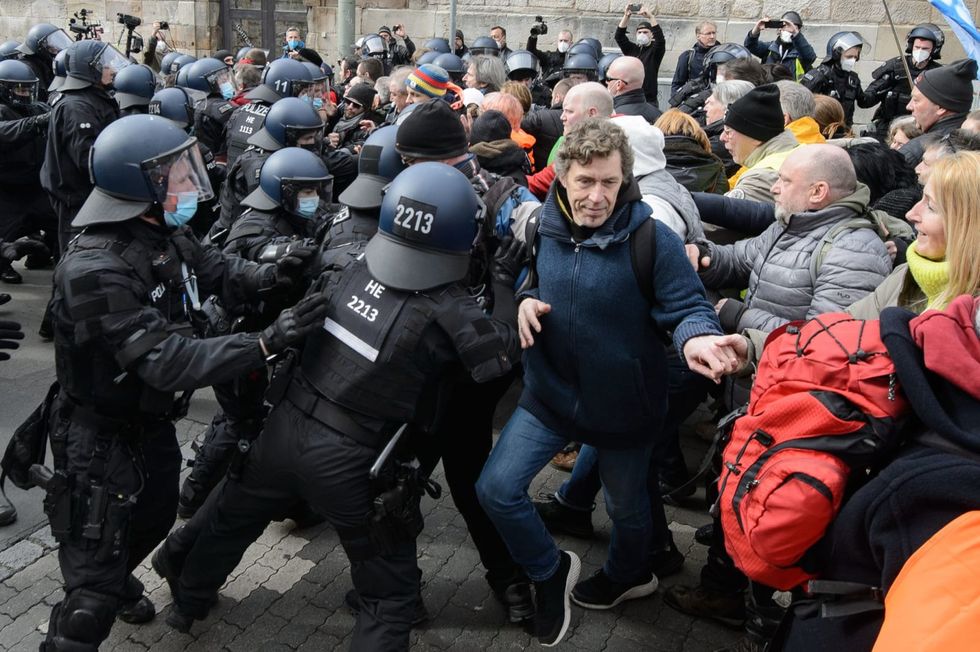 Protest against Coronavirus measures in Germany - Police forces confront participants during a demonstration against the government's Corona policy. The protest has been allowed under conditions. - Swen Pförtner/dpa

Clashes erupted between police and protesters at a demonstrations against coronavirus restrictions in the central German city of Kassel.

Police said several thousand people who gathered for the unauthorized protest in the city centre disregarded instructions from officers.

Police used pepper spray and batons against protesters when they tried to break a police line. Several people were detained.

Many of protesters were supporters of the so-called Querdenken (Lateral Thinking) movement - made up of Covid-19 deniers, right-wing activists and anti-vaccination campaigners.

Scuffles with counter-protesters were also reported.