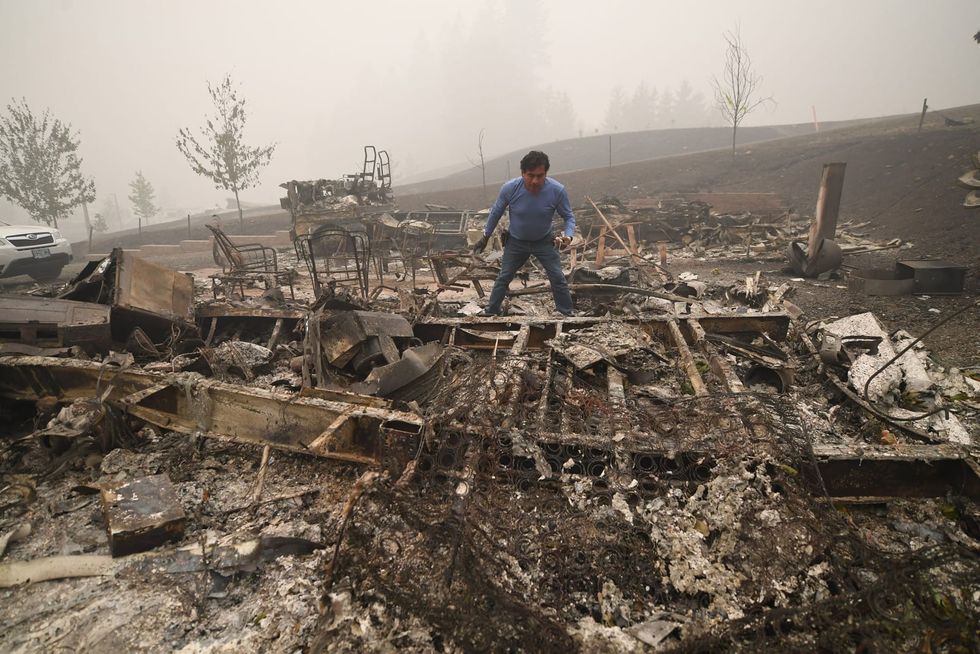 Marcelino Maceda looks for items in the remains of his mobile home after a wildfire destroyed multiple homes in Estacada, Oregon, on September 2020. - Robyn Beck/Getty Images North America/TNS

PORTLAND, Ore. — Don Myron is probably best known as the guy who survived one of the deadliest fires in Oregon’s history by sheltering overnight in a river with a patio chair. So there was never any question that Myron would rebuild his home in Oregon’s Santiam Canyon after the house was destroyed in the Labor Day wildfires of 2020. The well Myron shared with nearby homeowners was no longer available, which meant one of his first tasks was to drill his own new source for drinking water. “It's hard to rebuild without water,” Myron said. “It's hard to do anything without water. It was a priority...