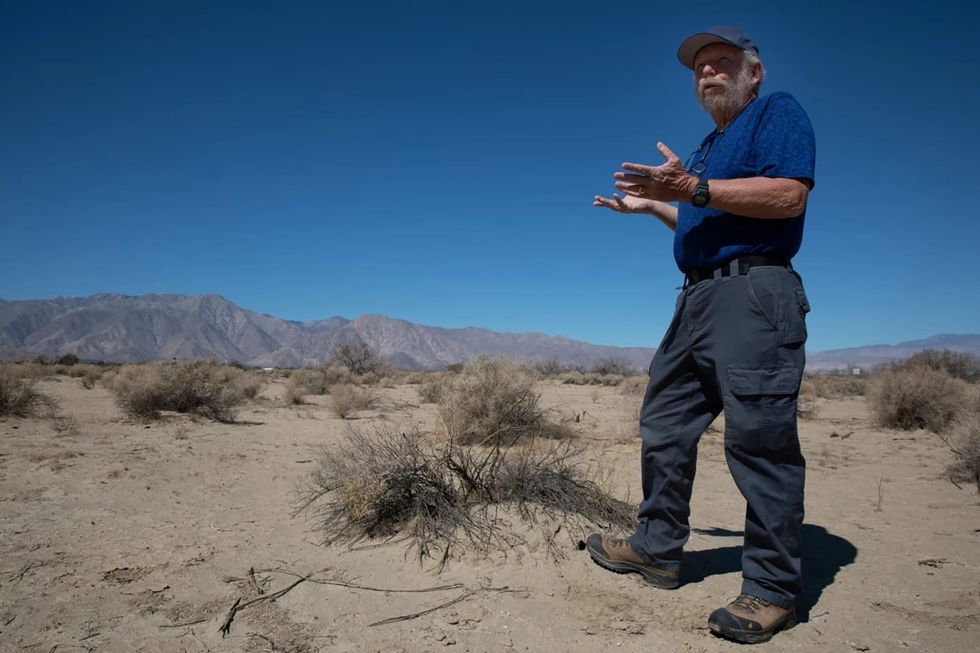 SAN DIEGO — Under a crescent moon, a Baja California treefrog wades among rushes and water hyacinth in San Felipe Creek — a wetland along the western edge of Anza-Borrego Desert State Park that researchers fear could be rapidly shrinking as the climate changes. Upstream, environmental scientist Samantha Birdsong is on the hunt for such native amphibians, whose abundance indicates the health of the ecosystem. “There’s one, right in the aquatic plants,” Birdsong says excitedly, the tiny creature’s eyes shining in the glow of her headlamp. She quickly records its location on her phone, a chorus o...