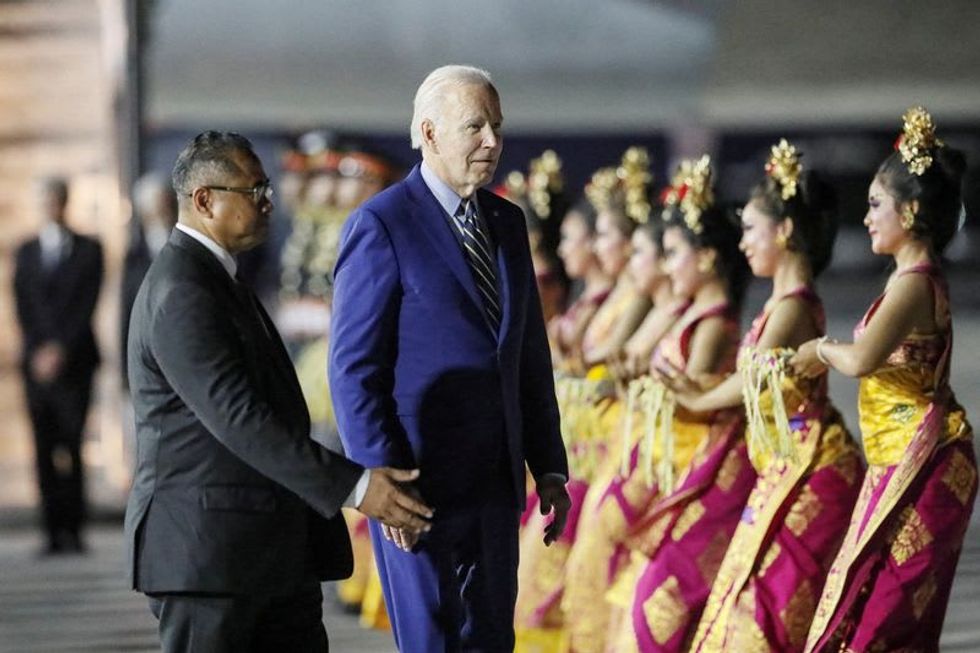 By Nandita Bose and Andrea Shalal

This weekend, he was vindicated as Democrats retained control of the U.S. Senate, bucking history, media projections and pundits who warned voters cared more about gas prices than Biden's warnings that equality and democracy were under threat.

"I know I'm a cockeyed optimist," Biden told reporters in Cambodia, referencing a sunny song from the musical South Pacific, "but I'm not surprised by the turnout." His next step, he said, is to reach across the aisle to Republicans.

Continued control of the Senate and improving prospects in the House of Representatives give the Biden White House more room to win approval for judicial and other nominees, and a better chance that Democrats can pass more Ukraine funding and domestic social programs.

But voters' rejection of conspiracy theorists seeking to take over elections as too extreme also gives weight to Biden's long-standing belief that the United States is more united, and more moderate than recent history suggests. Asked what Democrats would do next, Biden said "I'd rather talk with the Republican leadership when that’s settled as to what we're going to try to get done in the lame duck and just take it slow, in terms of what the priorities are."

Since leaving Washington on Thursday for climate, ASEAN and G20 meetings, Biden has phoned home regularly to congratulate Democratic candidates who won their races, including Senator Catherine Cortez Matso, whose victory in Nevada assured Democrats of a continued majority and Chuck Schumer of the Senate Majority spot.

A Democratic victory in a Georgia Senate runoff on Dec. 6 would give the party outright majority control, bolstering its sway over committees, bills, and judicial picks. Republicans, however, remained close to seizing control of the House as officials continued counting ballots, with returns still flowing in for several races.

As of Sunday evening, Republicans had won 211 seats and the Democrats 206, with 218 needed for a majority.

"One theme that emerged over the course of the two days was a theme about the strength of American democracy and what this election said about American democracy," Sullivan said, adding that Biden "feels that it does establish a strong position for him on the international stage."

White House press secretary Karine Jean-Pierre said Biden planned to speak with leaders in the Senate and the House of Representatives, where Republicans need just a handful more votes to win a slim majority, but did not elaborate when the conversations would take place.

Biden traveled to the Indonesian island of Bali on Sunday for meetings with Chinese President Xi Jinping and other leaders from the Group of 20 major economies from Cambodia, and will return to Washington on Thursday. He has said he will invite Republicans and Democrats to the White House once he returns.

White House senior adviser Anita Dunn told NBC's "Meet the Press" program on Sunday that Biden would continue to build on his track record in securing bipartisan infrastructure legislation and the first major gun law in over 30 years. "He's made some real progress, but he has a lot more to do," she said.

Dunn said even with a 50-50 split Senate and a very narrow House majority, it had "not been all that easy" to move forward on legislative priorities over the first two years of Biden's presidency, but some major legislation had still been passed.

"The reality is that the people of this country want progress. They want people to work together ... and they want their leaders in Washington to put their priorities first, and not necessarily political priorities," she said.