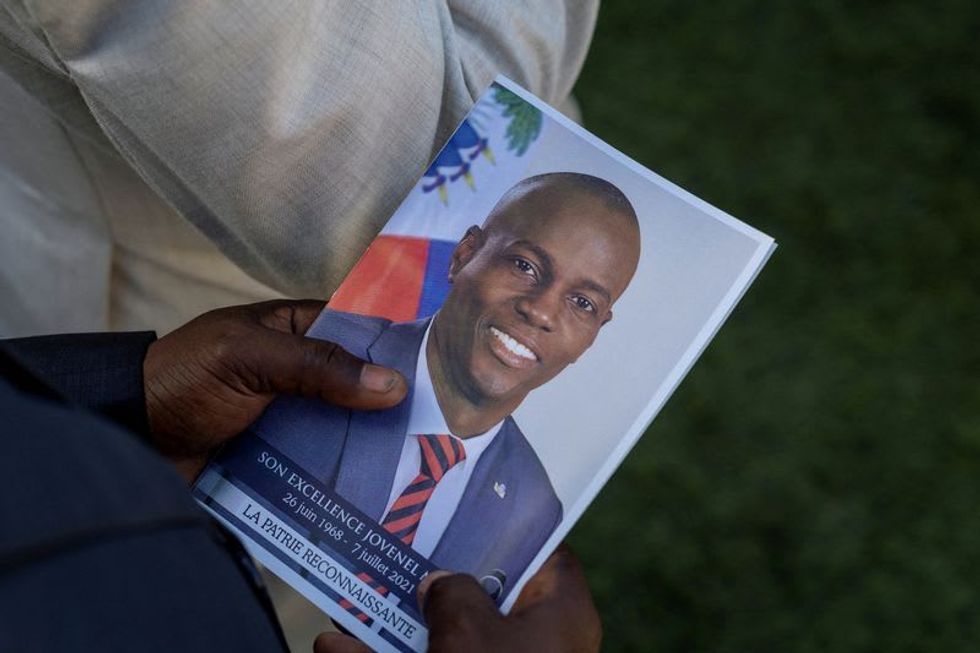 By Luis Jaime Acosta and Milagro Vallecillos BOGOTA/PANAMA CITY (Reuters) - Panama authorities arrested on Monday a former member of the Colombian military wanted for questioning in connection with the assassination last year of Haiti President Jovenel Moise, two people familiar with the matter said. The suspect, Mario Antonio Palacios, 43, was detained during a stopover of a flight on which he was being deported from Jamaica to Colombia, the sources said. Haitian authorities have accused Palacios of forming part of a mercenary group that assassinated Moise in July in an assault on his residen...