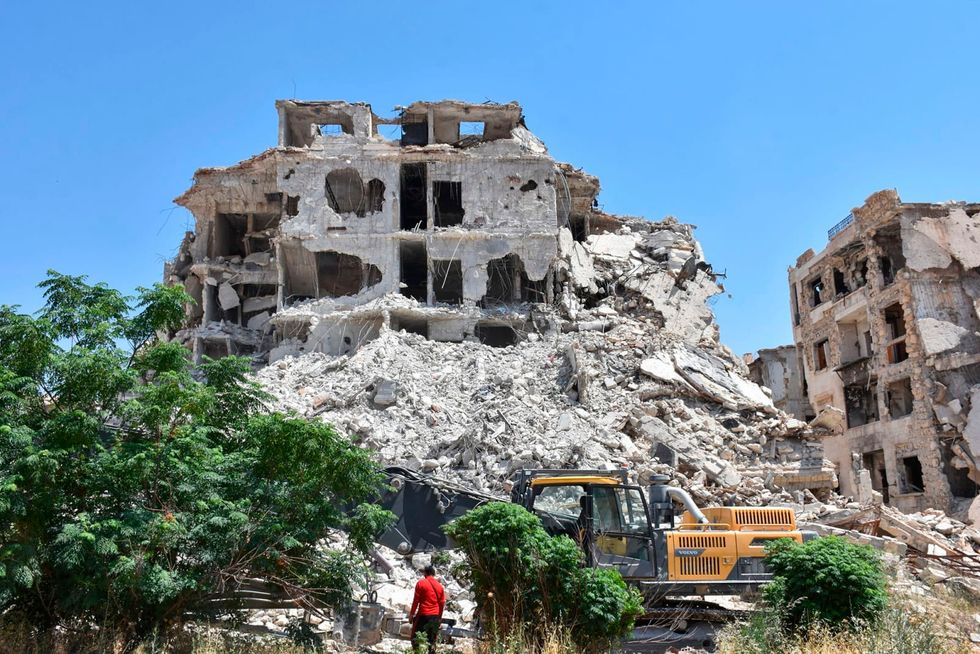 Workers use an excavator to clear debris as residents reconstruct their damaged homes in the al-Zahraa neighbourhood of Aleppo following years of conflict, on July 6, 2020. - AFP/Getty Images North America/TNS

Syrians have been reacting to the painful events unfolding in Ukraine on social media, not only through an outpouring of sympathy but also with this message to the world: “We told you so.” Syria was a prelude, and a testing ground, for Vladimir Putin’s war in Europe. “The lack of accountability for these crimes against humanity is giving the green light to Putin and other authoritarian regimes to start new wars and spread chaos and instability,” the American Coalition for Syria said in a statement of solidarity with Ukrainians. An artist in northwest Syria showed his support for Ukrainians by ...