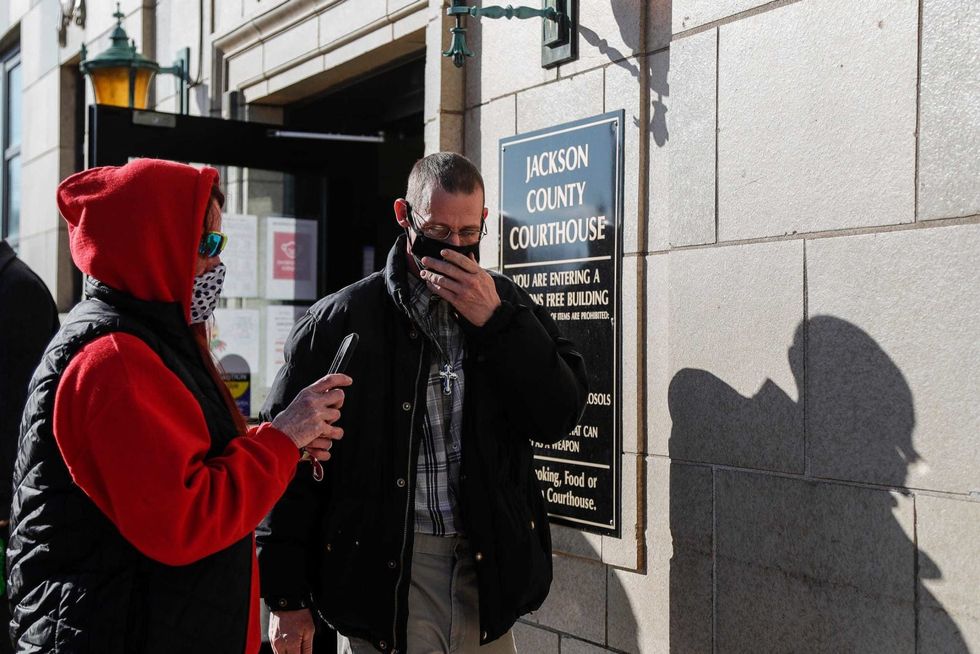 Pete Musico walks toward his wife, Crystal, outside of the Jackson County Courthouse after the second day of the preliminary examination in Jackson on March 4, 2021. - Junfu Han, Detroit Free Press/Detroit Free Press/TNS