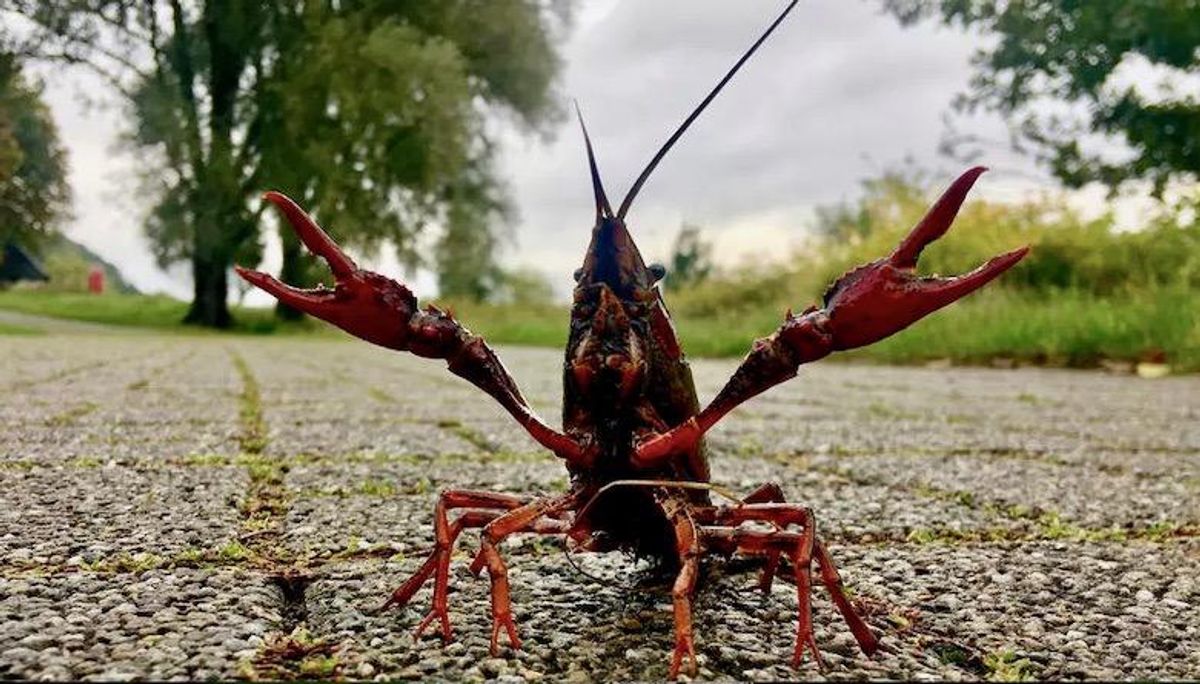 "Our study is the first to look at how crayfish respond when exposed to antidepressants at levels typically found in the streams and ponds where they live," said lead author Alexander "AJ" Reisinger of the University of Florida's Institute of Food and Agricultural Sciences.

Antidepressants that are flushed directly or excreted in trace amounts eventually end up in the environment, either through leaky septic systems or through water treatment plants not designed to filter them out.

"Because they live in the water, animals like crayfish are regularly exposed to trace amounts of these drugs. We wanted to know how that might be affecting them," added Reisinger.

The team examined the impact of selective serotonin reuptake inhibitors (SSRIs), a class of antidepressants that work by increasing levels of the "feel good" chemical serotonin in the brain.

Commonly prescribed SSRIs include fluoxetine, which goes by the trade name Prozac, and citalopram, also known as Celexa.

US agencies advise against flushing unused medication down the toilet or sink due to the environmental impact, with the Drug Enforcement Agency coordinating periodic National Drug Take Back days to aid in proper disposal.

The researchers recreated the freshwater crustaceans' natural environment in a lab where some were exposed to environmentally realistic levels of antidepressant for two weeks, while a control group was not exposed.

The crayfish were placed in a shelter at the entrance to a Y-shaped maze, which has a short entrance that branches into two lanes. One lane emitted chemical cues for food while the other signaled the presence of another crayfish.

The crayfish that were exposed to antidepressants emerged from their shelters earlier and spent a longer time looking for food, but they avoided the side of the maze signaling another crayfish, indicating they weren't looking for confrontation.

The altered behavior could expose the crayfish, also known as crawdads in Louisiana where they are a staple in local cuisine, to increased risk of predators, which include eels and turtles as well as mammals and birds.

It might also impact the entire aquatic ecosystem as crayfish eat algae and other organic matter that impact the recycling of nutrients -- but this effect would likely come later and requires further study to confirm, the team wrote.

Glenn Allen Brooks of Huntington Beach, California was been charged with disorderly and disruptive conduct in a restricted building or grounds, along with disorderly conduct and parading, demonstrating, or picketing in a Capitol building.