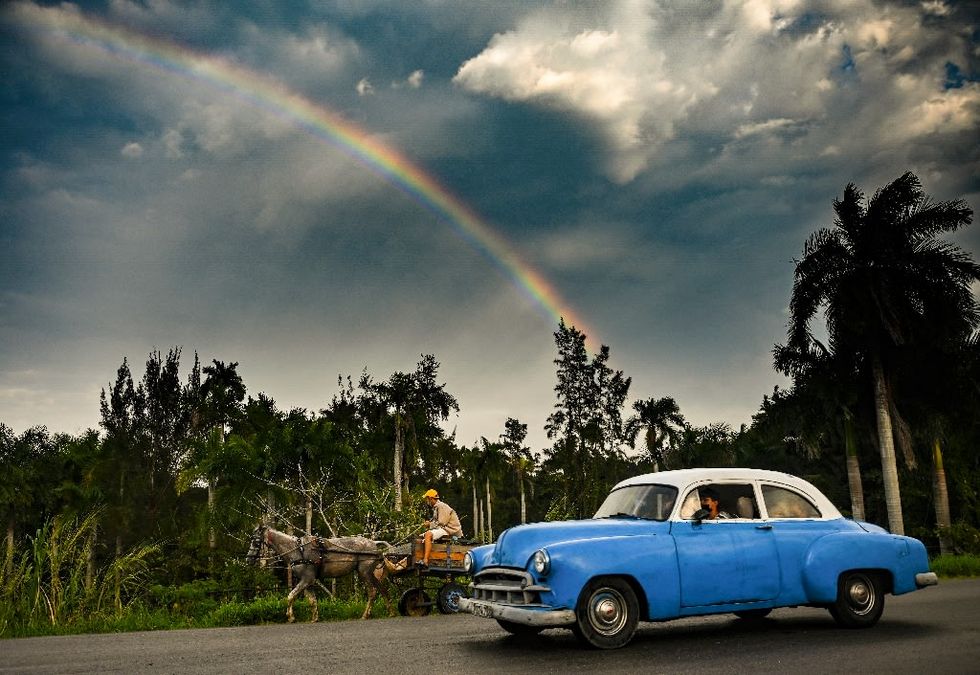 Cuba has little production capacity, and relies on imports for about 80 percent of its food needs

Havana (AFP) - Cuba on Monday marks 60 years under a US economic blockade that has deeply affected the communist nation's fortunes and shows no signs of being lifted.

Decreed by US president John F. Kennedy on February 3, 1962, the embargo on all bilateral trade came into effect four days later.

Its purpose, said Kennedy's executive order, was to reduce the threat posed by the island nation's "alignment with the communist powers."

Despite failing to force a change in tack from Havana since then, the sanctions remain in place six decades later, and are blamed by Cuban authorities for damage to the country's economy amounting to some $150 billion.

Cuba is experiencing its worst economic crisis in 30 years, with inflation at 70 percent and a severe shortage of food and medicines as the Covid-19 pandemic dealt a hefty blow to a key source of income: tourism.

Long lines for essential goods are common, as food imports have been slashed due to dwindling government reserves.

Havana blames the sanctions for all the island's woes.

The message that "the embargo is a virus too" has been hammered home by authorities for months, as they organize caravans of cars, bikes and motorcycles to criss-cross the country and denounce the sanctions.

But detractors say inefficiencies and structural problems in the economy controlled by the one-party state are also to blame.

"The real blockade was imposed by the Cuban state," said activist Rosa Maria Paya of lobby group Cubadecide, which she directs from exile.

The embargo would only be lifted, she believes, through "a transition to representative democracy."

Cuba has little productive capacity and relies on imports for about 80 percent of its food needs.

A monetary reform launched a year ago to try and alleviate pressures on Cubans brought about a significant wage increase in a country where most workers are employed by the government, but further fueled price inflation.

But the purchases have to be paid in cash and upfront, onerous conditions for a country with limited reserves.

According to Carlos Gutierrez, a Cuban-American and former US Secretary of Commerce, the embargo has proven to be "counterproductive."

"Absolutely nothing has been obtained from Havana" in response, he said.

Instead, Cuba has looked to US rivals such as China and Russia for support.

And Russian Deputy Foreign Minister Sergei Riabkov recently said Moscow would not rule out a military deployment to Cuba -- just a few hundred kilometers (miles) from Miami in the US state of Florida -- if tensions with Washington over ex-Soviet state Ukraine escalated.

For some, such posturing recalls the Cold War and the Cuban missile crisis between the United States and the former Soviet Union, which brought the world to the brink of nuclear warfare and was a major motivation for the blockade against Cuba.

Conflict was averted when Moscow agreed to remove Soviet missiles from Cuban soil.

The US blockade started out as a "strategic and military instrument" in the context of war, said political scientist Rafael Hernandez.

And although the Cold War is over, it is still the United States' "geopolitical interests" that determine its stance towards Cuba, he said.

US domestic politics also play a role, with the vote of a large and vocal anti-Havana Cuban expat community holding the potential to swing battleground states such as Florida.

Somewhat relaxed under a brief period of detente under Barack Obama, sanctions were strengthened by his successor Donald Trump, who added 243 new measures.

And despite campaign promises, current President Joe Biden has done nothing to relieve the blockade, instead announcing new measures against Cuban leaders in response to a clampdown on historic anti-government protests last July.

For the US administration, said James Buckwalter–Arias of the Cuban-American Association for Engagement, "electoral considerations weigh heavier than humanitarian duty."