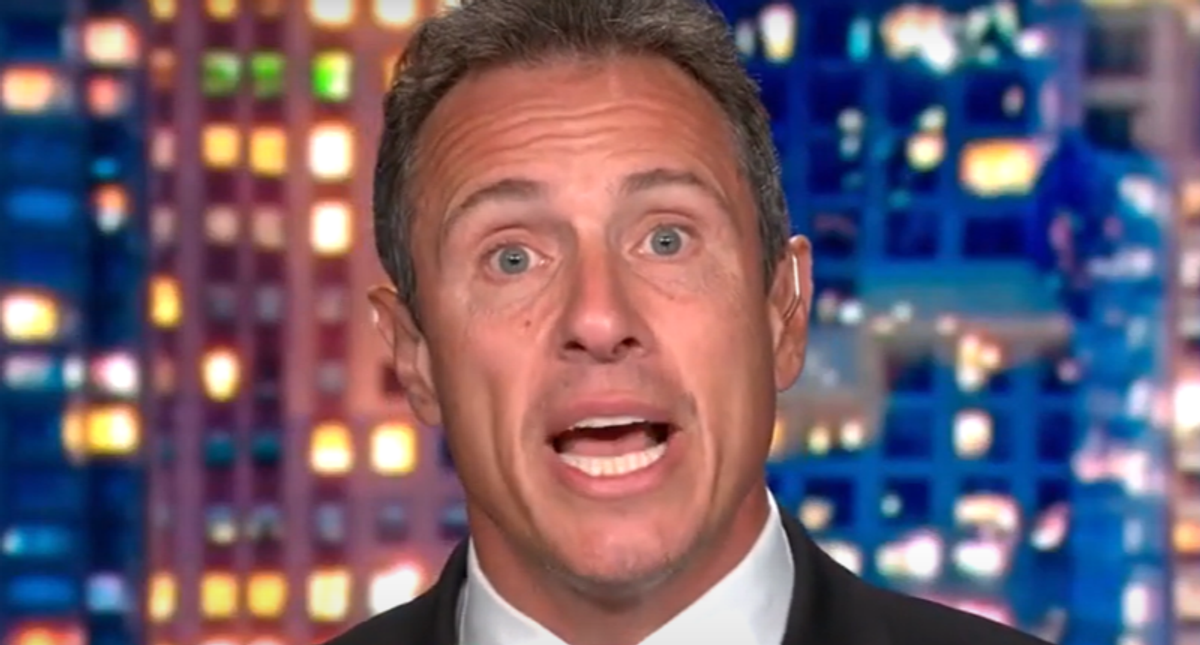 A furious Chris Cuomo opened his Wednesday show by unleashing on President Donald Trump for the latest round of pardons that the president ushered in for friends and allies.

"Just the past 24 hours, this president has vetoed pay for the military, stalled relief for millions of you, and issued the most toxic tally of pardons we have ever seen," said Cuomo. The "26 new Trump pardons tonight, gifts to many convicted criminals that you know well who did horrible things. Many admitted it. And then [Trump]left to go golf in Florida. After vetoing pay for the military, after leaving relief in limbo, millions of Americans don't have food for Christmas, let alone money for heat or gifts. And he knows it. And he doesn't sign the relief bill. And he doesn't veto it. So, he knows nothing will happen."

Cuomo, however, quipped that there was a "gift" in the moment, "the gift of ultimate clarity about this outgoing president: Democrats, Independents, real Republicans, you all now know just based on the last 24 hours alone this guy is the worst ever. He is the worst president we have ever seen, period. He has not only proven to be incompetent, but he is indeed truly inhumane. He has denied the hungry. He has denied our warriors. He has denied a pandemic, and he does not give a damn about anything but lying about it all and faking his own greatness. That is the truth."

He closed by saying again that Trump is "the worst" president "we have ever seen."

"And the only reason you would defend that is because you don't want to give in to the status quo," he continued. "But what are you saying when you decide to reject the status quo by making it worse, by injecting the political equivalent of a virus into our political corpus? And that's what Trump is. He is not a cure. He has never been a cure. He was never going to be a cure. He was injected as a virus to make the system sick, and he has. And now we are on our knees in this country. And the only chance for us to get to a better place is to recognize what we have had all along. The ability to come together, to be about a common cause, and to demand better from the men and women that we invest with power to do our business. If you expect nothing, you get this: we must change. Let it be a gift to us before this Christmas. He is the worst. We must get better from here."

See the full rant below: