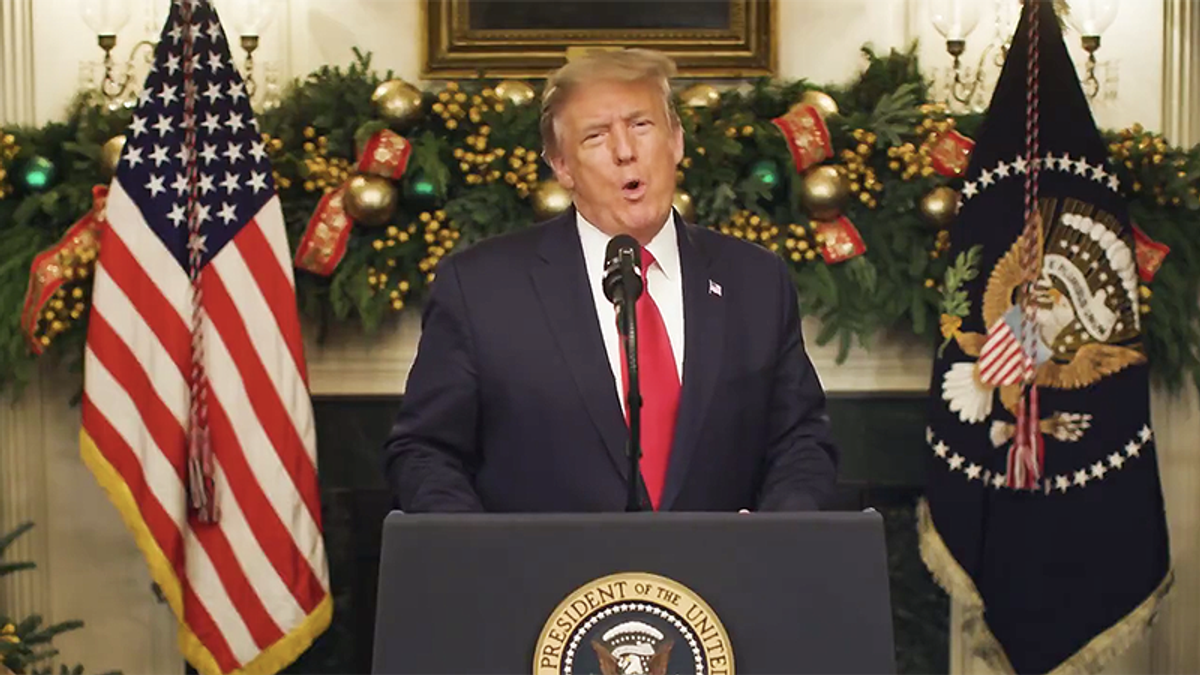 Democrats wanted larger payments to Americans, but McConnell only wanted $300 per person. Finally the group agreed on $600 per person and per child. Trump has decided that it's too low and he wants $2,000 per person and $4,000 per couple.

He also seemed confused about that bill and the overall government spending bill. Trump called out a lot of the funding that is generally known as "pork" for the pet projects to get members to agree to the spending bill. As for the stimulus bill, many of the things in the bill were things that Democrats didn't want, but McConnell refused to agree to the bill that Democrats passed seven months ago in May 2020.

"I'm also asking Congress to get rid of the wasteful and unnecessary items from this legislation," said Trump. "And to send me a suitable bill or else the next administration will have to deliver a COVID relief package and maybe that administration will be me and we will get it done. Thank you."

Congress and the Senate passed the bill in a session Monday evening.