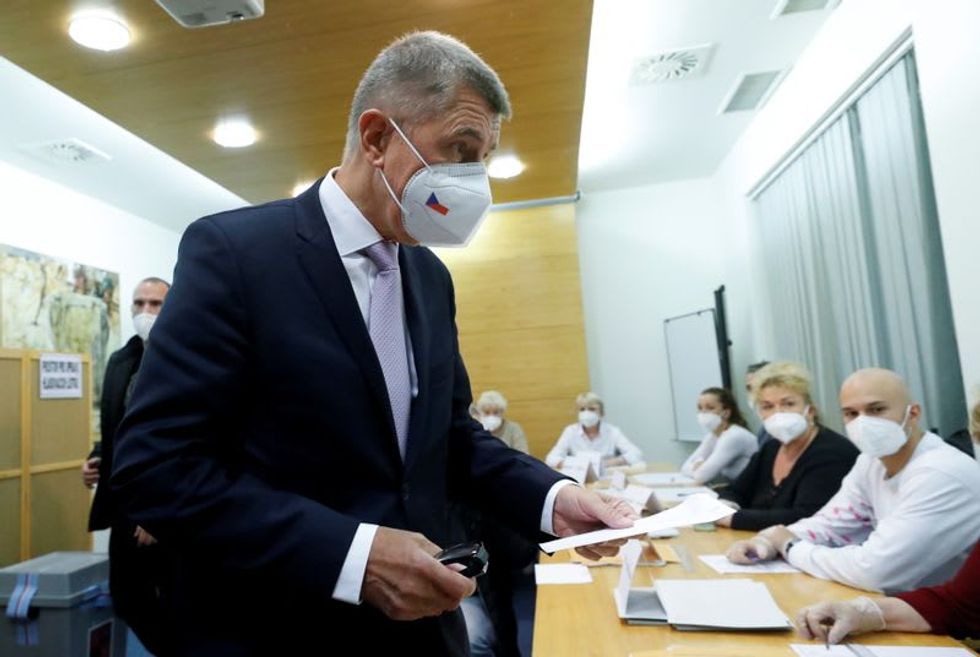 By Jason Hovet and Robert Muller

Babis is seeking a second term while battling criticism that he mismanaged the coronavirus pandemic, stoked fast-rising debt with handouts and tended to his own business interests in office. Babis denies all the accusations against him.

The two opposition groups were seen winning 104 seats in the 200-member lower house, claiming a combined majority despite a narrow election lead held by ANO, Czech Television calculations based on 89% of voting districts showed on Saturday.

The two-day election had ended at midday.

The coalitions refuse to work with Babis over what they say are his unacceptable conflicts of interest related to the business empire he created before entering politics.

Babis, 67, has promised to continue raising public sector wages and pensions, hoping to shore up the basis of his popular support. He also stepped up his anti-migrant remarks and pledged to avoid ceding powers to the European Union.

President Milos Zeman has said he would give Babis the first try to form a government if ANO wins the most votes.

But if Together and Pirates/Mayors stick to their pledge not to work with ANO, he could have no mathematical chance to form a majority, based on the partial results.

Babis's big-spending policies, maintained despite a broad recovery from the pandemic, mark a break from traditional Czech fiscal prudence. Debt is set to be among the fastest growing in the EU, albeit from a low base.

Some voters said the policies were populist and damaging.

"I will vote for Spolu (Together) because I want a change," Jan Mrazek, a 39-year-old manager, said before casting his vote in a northern Prague district on Saturday.

"I don't like how the government has been running, the disorganisation during the pandemic and how they are piling up debt because they are just populists throwing money around."

The opposition has blamed Babis for chaotic policy changes during the peak of the pandemic. More than 30,000 people have died from the virus, one of Europe's highest death tolls in terms of the size of the population.

Conflict of interest allegations, however, have been Babis's main headache since entering government as a junior member in 2013 and after winning a 2017 election.

Babis, one of the richest people in the country, put his Agrofert conglomerate of food, agriculture, chemical and media companies in trust funds in 2017 and has denied wrongdoing, saying he met legal obligations. But a European Commission audit determined there was a conflict of interest and it has stopped development grants to Agrofert.

New allegations surfaced last weekend that Babis used opaque offshore structures to buy real estate in France before entering politics. He denied the allegations contained in the "Pandora Papers" documenting hidden offshore finance, saying they are part of a campaign against him.

Babis has accused the Pirate/Mayors coalition of selling out the country by supporting more European integration and eventual adoption of the euro.