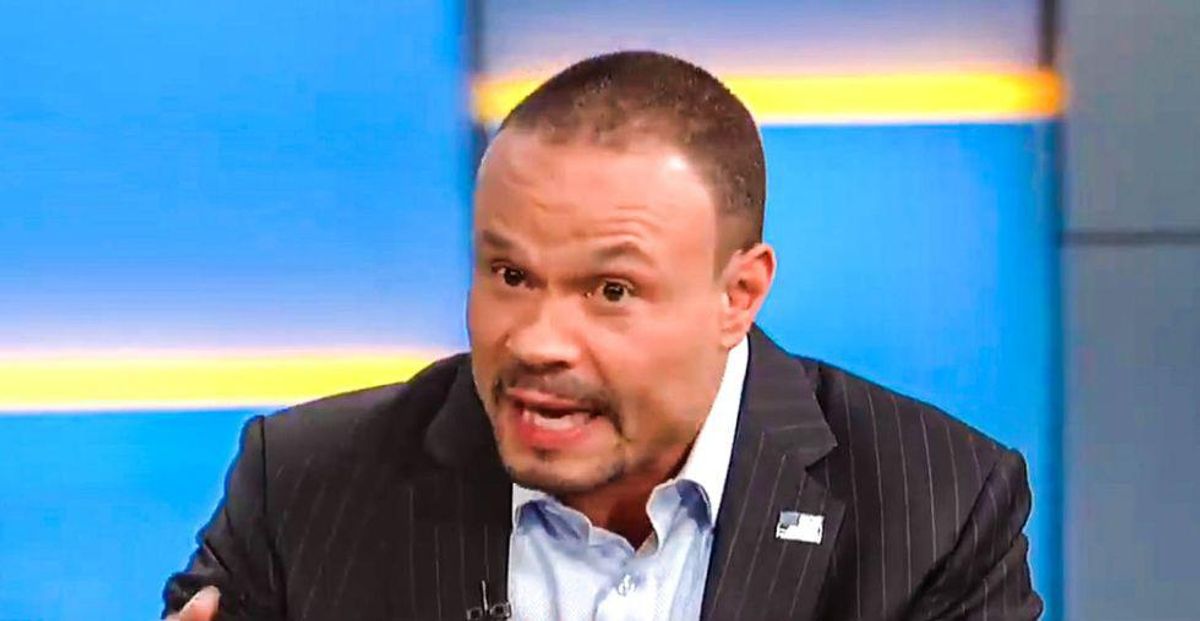 Fox News contributor and habitual carpetbagger Dan Bongino has always made a promise to his supporters: At every turn, he will work tirelessly to "own the libs." On Saturday night, premiering his new Fox News program, he fell flat on that singular commitment.

The right-wing media mogul opened "Unfiltered with Dan Bongino" by saying that new Fox venture will lead America into a "great awakening" of sorts. "Tonight, the great awakening is starting in America. Americans are worried about the fabric of our society being torn apart. Kids are being taught critical race theory. This is racist," Bongino stated during his monologue.

From that point on, it was all downhill. Bongino's featured guests included Gov. Ron DeSantis of Florida and Federalist co-founder Sean Davis. Both guests stuck to the script: Attack the "liberal" media at all costs. At the show's opening, Bongino promised the Fox News audience that he would ask the "ask the tough questions," and only moments later tossed DeSantis a series of puffballs.

"These media people, particularly the corporate, national media, they are bad actors. They're not just a little bit liberal biased," DeSantis claimed. "They are actively engaging in disinformation."

One of the show's highlights was Bongino's puzzling claim that he seeks to "cohabitate in phobic bliss." The newly-minted Fox News host also claimed that liberals won't allow conservatives to physically move to echo chambers where everyone thinks alike. That hasn't been a problem for Bongino himself, who has a track record of moving around the country to places that conform to his worldview. (He has moved quite a bit over the years, in hopes of winning a congressional seat.)

The hour-long show concluded with Bongino reading hate mail from a series of random Twitter users in a bizarre segment where he attempted to riff on the insults being dished out online. After his show ended, Salon checked in with Bongino via email to see how he felt about his big debut. He didn't respond.

Maybe the biggest problem with Bongino's premiere was that his new show lacked what he's become known for, which is losing his cool at the drop of a hat. In shows to come, one can only hope he brings more gusto and grievance to the airwaves, which is certainly what his fans and followers supporters expect. In the words of former President Donald Trump, the show was "low energy!"

For months, Bongino has been misleading his audience by claiming that he would be filling both the legacy and the time slot of the late talk-radio legend Rush Limbaugh. That turned out to be fake news, since we learned recentlythat Bongino hadn't been tapped for the official Premiere Networks slot. The thrice-failed congressional candidate even had to apologize to his fans for misleading them.

You can watch Bongino's entire first show — if, for some reason, you so desire — below, via YouTube.