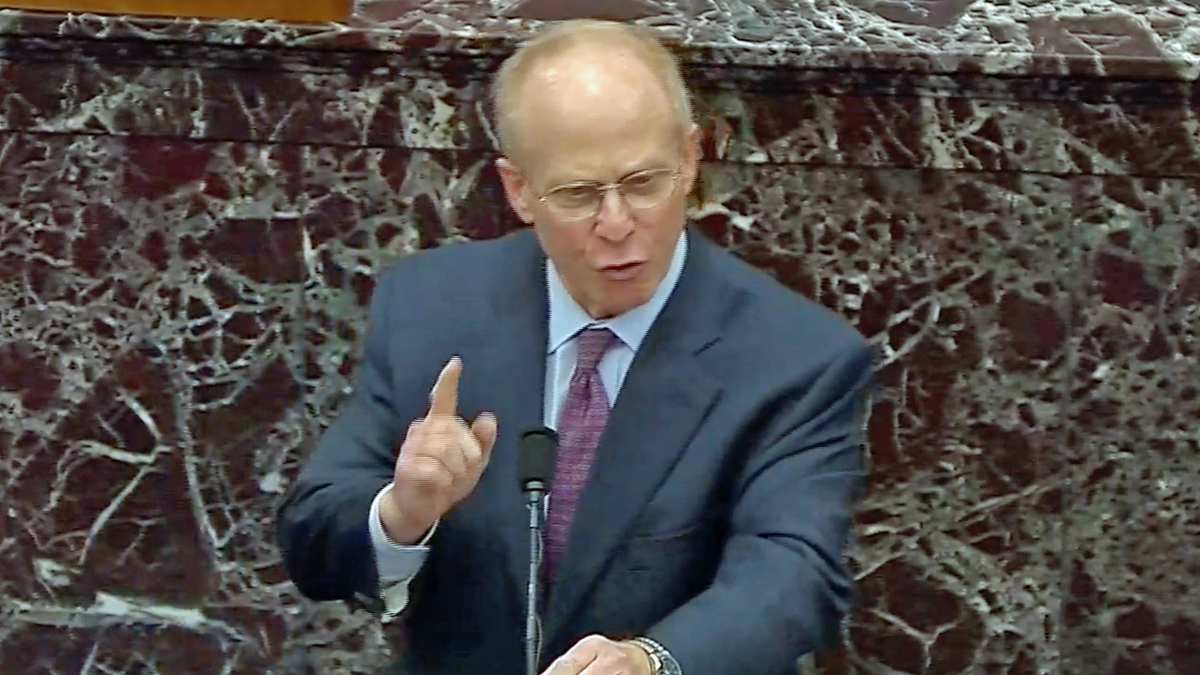 The nearly 10-minute video strung together brief snippets of President Joe Biden, Vice President Kamala Harris, Sen. Elizabeth Warren and other Democrats using the word "fight" as a defense of Trump urging his Republican lawmakers and his supporters to challenge his election loss ahead of the deadly insurrection.

Viewers struggled to see the point -- or to make it through the entire video without screaming.

With this mashup of Democrats using the word "fight," Trump's lawyers are proving ... well, nothing. Their supporters did not attack the Capitol.
— Karen Tumulty (@ktumulty) February 12, 2021

Did SNL put this together?
— Jonathan Capehart (@CapehartJ) February 12, 2021

I hadn't realized until now that Trump was impeached merely for using the word "fight."

As if an arsonist would defend himself by showing that other people had sometimes lit matches.
— Ed Whelan (@EdWhelanEPPC) February 12, 2021

My Lord, this “fight" video from these lawyers willing to sacrifice their careers for Trump. Brings back high school memories of my fight-team-fight days. Fear me. pic.twitter.com/Iqt6OWa7Tf
— Connie Schultz (@ConnieSchultz) February 12, 2021

All violence should be condemned, no matter who commits it. Statements by politicians in support of fighting does not negate Trump's months-long incitement of violence.
— Barb McQuade (@BarbMcQuade) February 12, 2021

Did I miss the videos of mobs of Democrats storming the Capitol and murdering a police officer because Hillary Clinton played "Fight Song" at a rally?
— Kevin M. Kruse (@KevinMKruse) February 12, 2021

Republicans called for and funded a violent insurrection. Elizabeth Warren said we should “fight" for healthcare. Those things are...not the same. At all. And the American people know it.
— Kaivan Shroff (@KaivanShroff) February 12, 2021