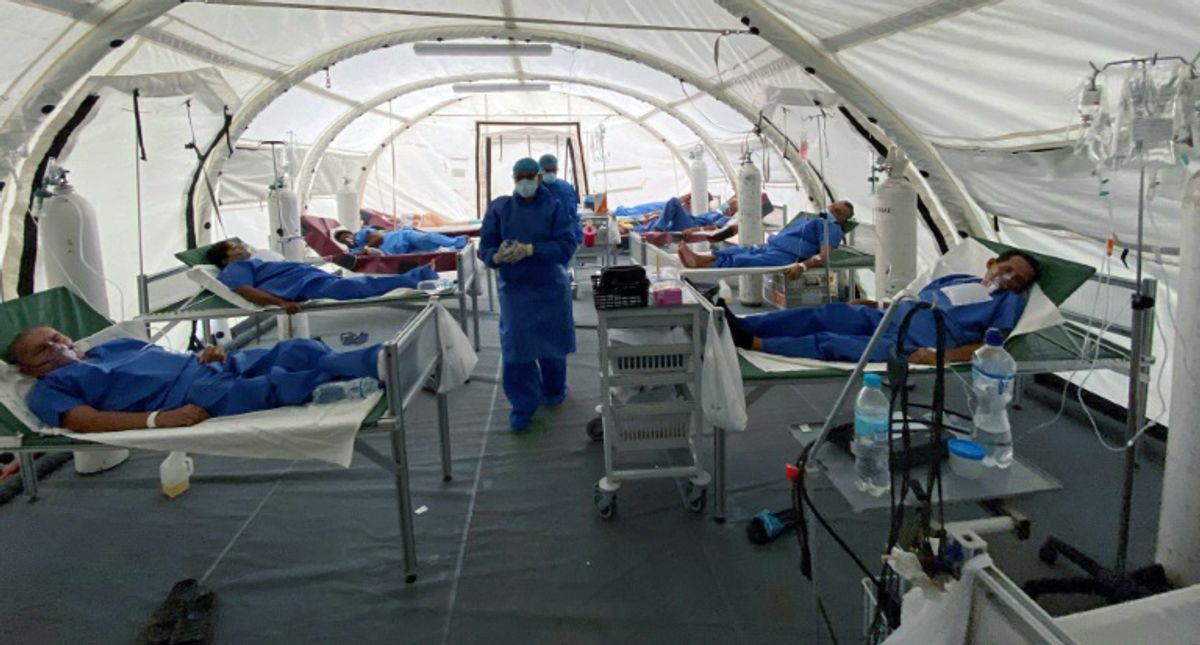 The Centers for Disease Control and Prevention (CDC) has had the unenviable task of announcing, each and every week, just how many Americans have died of COVID-19. As of Wednesday, the official tabulation was that almost 562,000 Americans had passed away with COVID-19 being cited as the cause on their death certificates. This includes more than 178,000 deaths in the first four months of 2021.

Yet one group of researchers believe that these numbers, tragic enough as they are, may actually be lower than reality.

A new study released by the University of Washington's Institute for Health Metrics and Evaluation estimated that more than 900,000 Americans have died of COVID-19 since the virus that causes it, SARS-CoV-2, entered this country a little more than a year ago. They also argued that more than 7 million people have died worldwide from the disease, more than twice as many as the official estimate of 3.24 million.

The researchers reached these conclusions by first looking at excess mortality (which the CDC defines as "the difference between the observed numbers of deaths in specific time periods and expected numbers of deaths in the same time periods") from March 2020 through May 3, 2021. After comparing those figures with what would be expected during an ordinary non-pandemic year, they adjusted the statistics to take a number of variables related to the pandemic into account. For instance, they accounted for how public health guidelines has reduced influenza infections during the pandemic era, while more people deferred their health care and might have therefore died from other ailments.

Ultimately they concluded that, effectively, all of the net extra deaths should be attributed to the SARS-CoV-2 virus because the drop in other death rates offset the additional deaths not caused by COVID-19.

"When you put all that together, we conclude that the best way, the closest estimate, for the true COVID death is still excess mortality, because some of those things are on the positive side, other factors are on the negative side," Dr. Christopher Murray, who heads the Institute for Health Metrics and Evaluation, told NPR.

An epidemiologist at Harvard University was skeptical about the IMHE study's conclusions.

"I think that the overall message of this (that deaths have been substantially undercounted and in some places more than others) is likely sound, but the absolute numbers are less so for a lot of reasons," William Hanage told NPR by email.

If the IMHE number is accurate, that would mean that roughly the same number of Americans have died of COVID-19 as died fighting in both the Civil War (498,332) and World War II (405,399). The COVID-19 pandemic has swept through the planet and left havoc in its wake, destroying economies and forcing much of the world to go into periodic stages of lockdown. The pandemic also became a big issue during the 2020 presidential election and likely played a role in why the incumbent, President Donald Trump, lost to the Democratic nominee, former Vice President Joe Biden.