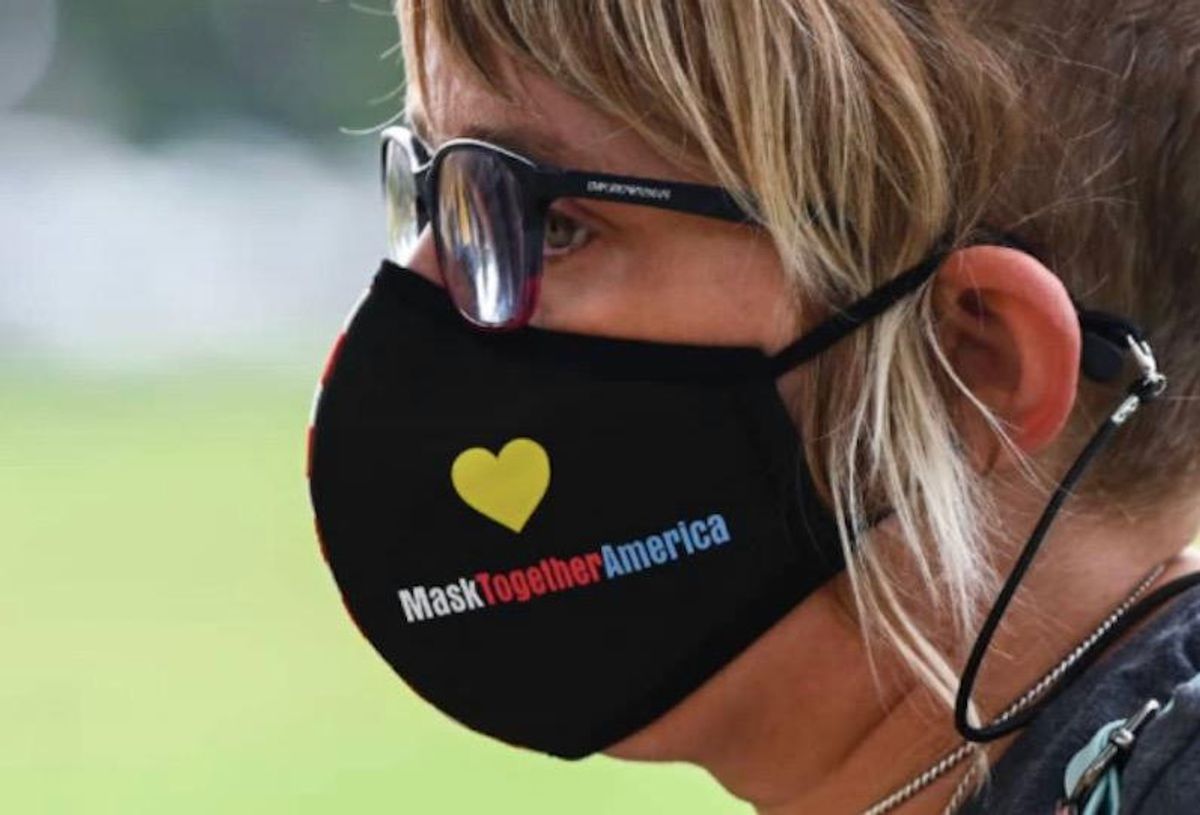 The recent surge of Covid-19, driven by the Delta variant, has reignited political controversy around mask-wearing in the United States, with some governors opposing all measures to make masks mandatory despite advice from health authorities.

The dispute feels familiar, harkening back to the early days of the pandemic when masks became a symbol of political affiliation in the US -- the clash led by then-president Donald Trump, who made it a point of pride to be seen without a face covering.

More than a year later, the subject has again become particularly sensitive as another school year approaches.

"This should be something that a parent is ultimately making the decision on," Republican Governor Ron DeSantis of Florida reiterated on Tuesday, having banned his state's schools from requiring students to wear masks.

"We're going to do whatever we can to vindicate the rights of parents," he said.

In response, DeSantis threatened to cut their funding or even suspend the salaries of school officials.

"That a governor has the authority to say, 'You can't do that' -- I find that totally counter intuitive and quite frankly disingenuous," President Joe Biden, a Democrat, said Tuesday.

The US Centers for Disease Control (CDC) and Prevention told vaccinated Americans in May that their risk of contracting or spreading Covid-19 was low enough that they no longer needed to wear masks.

And in early July, the CDC assured parents that the stance would also apply to vaccinated kids starting the new school year, which usually begins in August or September.

But those recommendations did not account for the highly contagious Delta variant.

Nor did it account for the fact that only about half of all Americans have now been fully vaccinated, and children under 12 aren't eligible yet.

By the end of July, an about-face: mask-wearing was once again recommended in indoor spaces, even for vaccinated people, in areas with high rates of Covid spread. That currently covers about 90 percent of the country.

The health authority is basing their recommendation on data that shows that vaccinated people infected with the Delta variant can spread the virus more easily than those infected with earlier variants.

Now, many businesses have also reverted back to requiring masks.

Walmart, the biggest retailer in the United States, has re-imposed mask mandates on employees, two and a half months after telling vaccinated workers they didn't have to wear them.

The pandemic is currently especially severe in the southeastern United States, which is also the region with the lowest percentage of vaccinated residents.

In Arkansas, Republican Governor Asa Hutchinson imposed a mask mandate during the peak of the pandemic last winter.

But he lifted it as cases fell, and, under pressure from deeply conservative local governments, signed a law banning mandates from being imposed again.

"In hindsight, I wish that had not become law," Hutchinson said earlier this month.

On Twitter Monday, he alerted followers about his state's record number of Covid hospitalizations, warning there were only eight open ICU beds left.

While Republican governors in Texas and Arizona have followed Florida's lead, Democratic-run states like New York and Illinois have imposed mask mandates for all students.

"And the sad part is they're not. Because what happens in the South is going to affect the North."

With unvaccinated children in a classroom "if you take the politics out... the way you make it safer is you vaccinate everybody around them who's eligible," Bhadelia said. "And you require masks."