Senate Democrats must make a choice: Democracy or authoritarianism 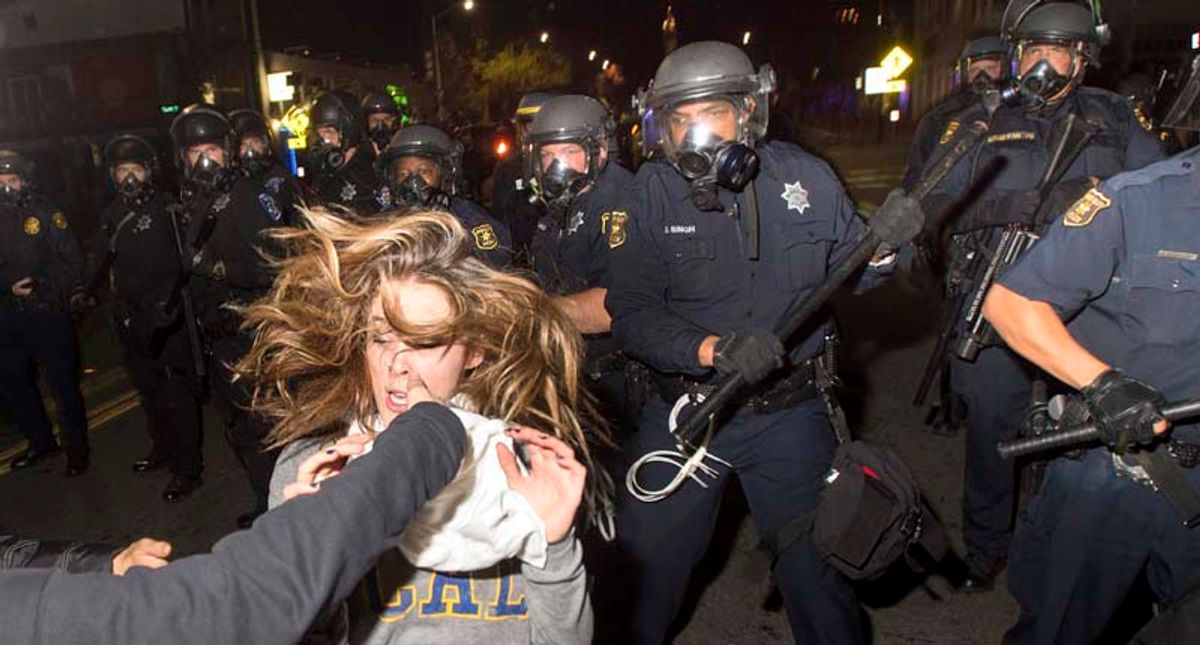 A protester flees as police officers try to disperse a crowd comprised largely of student demonstrators during a protest against police violence in the U.S., in Berkeley, California early December 7, 2014. REUTERS/Noah Berger

Republican-controlled state legislatures have introduced over 361 voter suppression bills in 47 states, and some states, like Georgia, have already enacted them into law.

There's only one way to stop this assault on our democracy. It's called the FOR THE PEOPLE ACT, and the window for Congress to pass it is closing.

The FOR THE PEOPLE ACT, on the other hand, would prevent these tactics and make it easier to vote. In addition, gerrymandering would be reduced and the power of small political donors would be amplified.

It could not come at a more critical time.

The Republican assault on our democracy is based on the lie that there was widespread voter fraud in the 2020 election. Multiple recounts in battleground states like Georgia found nothing. Investigations by the Department of Homeland Security and the Justice Department found nothing. 61 out of 62 courts found nothing.

Republicans claim they're just listening to the concerns of their voters and restoring "trust" in our elections. Rubbish. The real purpose of these restrictions is to hamper voting by Black people, people of color, young people, and lower-income Americans.

After Black voters and organizers in Georgia flipped the state blue for the first time in decades, the GOP is pulling out all the stops to prevent the same from happening in other states. The situation is even more dire given the upcoming once-in-a-decade redistricting process, allowing Republican-controlled states to further gerrymander congressional districts.

Their assault on the right to vote is a coordinated, national strategy led by top party leaders and outside dark-money advocacy groups like the Heritage Foundation. That group is working directly with state legislatures to provide them with "model legislation" and gearing up to spend $24 million in eight states to advance these bills ahead of the midterms.

Unless the FOR THE PEOPLE ACT becomes law, these restrictive state bills will go into effect before the upcoming 2022 midterm elections, and entrench Republican power for years to come. So it's essential we protect voting rights now, while we still can.

This is not a partisan fight. It's a battle between forces that want to go backward to an era of Jim Crow, and the majority of Americans who want to build a more inclusive democracy.

Yet the FOR THE PEOPLE ACT faces an uphill battle in the Senate because of the archaic filibuster rule that requires a 60-vote supermajority to pass legislation.

The good news is Senate Democrats have the power to end the filibuster and thereby allow the FOR THE PEOPLE ACT to become law. It's time for Democrats to unite on this, without hesitation.

The stakes could not be higher. Simply put, it's democracy or authoritarianism.