Democrats lean in on economy, democracy in midterm home stretch 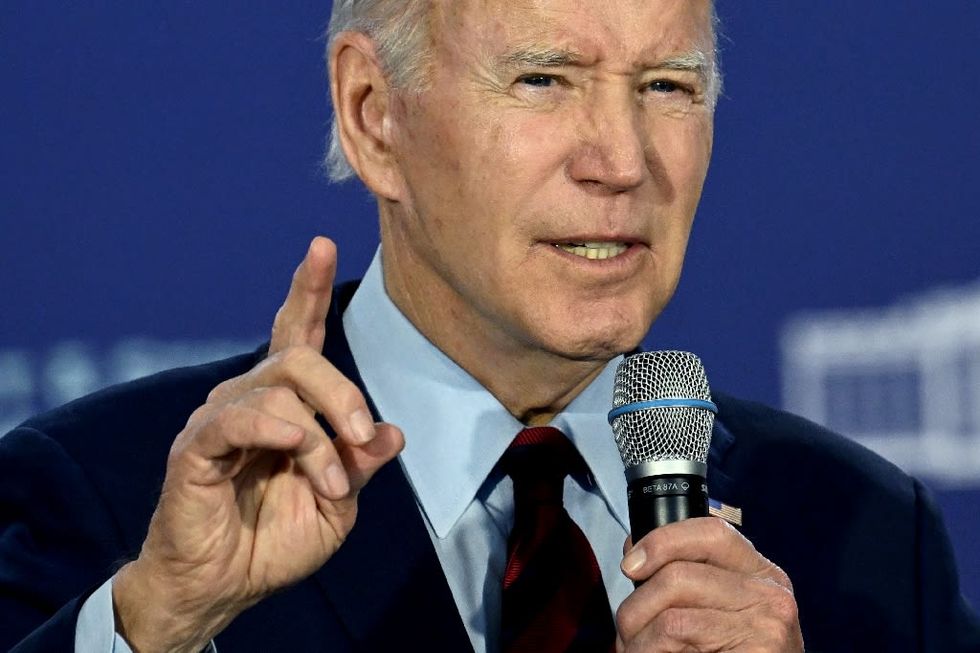 Washington (AFP) - A week out from the US midterm elections, Democrats stepped up their campaign offensive Wednesday, ringing alarm bells on right-wing threats to democracy and pushing President Joe Biden's plans to tackle runaway inflation.

Biden -- who argues that a changing of the guard in the Democratic-controlled Congress would exacerbate price hikes and threaten entitlements -- will talk up infrastructure improvements in an address from the White House.

But he will pivot to democracy in the evening, berating right-wingers denying his 2020 election victory and questioning the integrity of voting -- as well as discussing the broader stakes of a Republican victory in the midterms.

The consensus among election watchers ahead of the voting next Tuesday is that House Democrats will be swept from power in a Republican red tide, while the party's control of the Senate is hanging by a thread.

Democrats are being hammered on the biggest issues for voters, especially inflation and fears of a looming recession, with the Federal Reserve repeatedly hiking interest rates.

"Seniors who live on a fixed income are suffering in President Biden's cruel economy, as the latest inflation report shows Americans continue to fall further behind," Republicans on the chief congressional tax-writing committee said in a statement.

The group highlighted increasingly isolated seniors having to cut back on social outings and hobbies as "Biden-flation" bites.

The nonpartisan Cook Political Report moved 10 House races toward the Republicans on Tuesday in the solidly-Democratic states of New York, New Jersey, Oregon, California and Illinois.

Biden, whose approval rating has been underwater for more than a year, has been relatively inconspicuous on the campaign trail.

But he enters the fray in the home stretch with stump speeches in Pennsylvania, New Mexico, California and Maryland.

He and Vice President Kamala Harris will zoom in on the economy Wednesday, touting the passage of legislation to boost infrastructure, tackle inflation, curb prescription drug price hikes and lower heating bills.

"Starting in January, we're capping the cost of insulin for seniors on Medicare at $35 a month," Biden tweeted, referring to the US national insurance scheme for over 65s.

"That's more money at the end of the month to pay for groceries, to get your car repaired, to put toward holiday shopping for your grandkids."

It is a tricky balancing act for Biden, who also has to acknowledge his own supporters' fears over spiraling urban violence, burgeoning anti-Semitism and threats to democracy from election deniers.

More than half of Americans say the price of gas and consumer goods is the economic issue that worries them the most in a new Quinnipiac University national poll.

But 59 percent of Republicans voiced concerns over the potential for significant voter fraud and 54 percent of Democrats worried about widespread voter suppression.

"You can't condemn the violence unless you condemn those people who continue to argue the election was not real, that it's being stolen," Biden said Saturday.

Democrats have some major legislative victories to tout, but they have been hamstrung since Biden's election win by internecine fights between progressives and moderates.

A huge row sparked by the party's leftist flank calling on Biden to negotiate with President Vladimir Putin over Russia's invasion of Ukraine was the most recent example of Democratic dysfunction.

Before settling on a "kitchen sink" strategy of talking about the cash in voters' pockets, Democrats spent much of the campaign pulling in different directions on the importance of abortion rights, climate change, reproductive freedoms and the war in Ukraine.

But polling consistently shows that voters are more focused on their pocketbooks, and internal divisions left Democrats without a cohesive response to Republican attacks that they have mishandled the economy.

If all of the races in Cook's Republican column go as predicted, the party would need to win just six of the 35 "toss up" races to take the majority. Democrats would need 29.

For the first time since July, FiveThirtyEight's Senate forecast makes Republicans more likely than not to take the upper chamber.