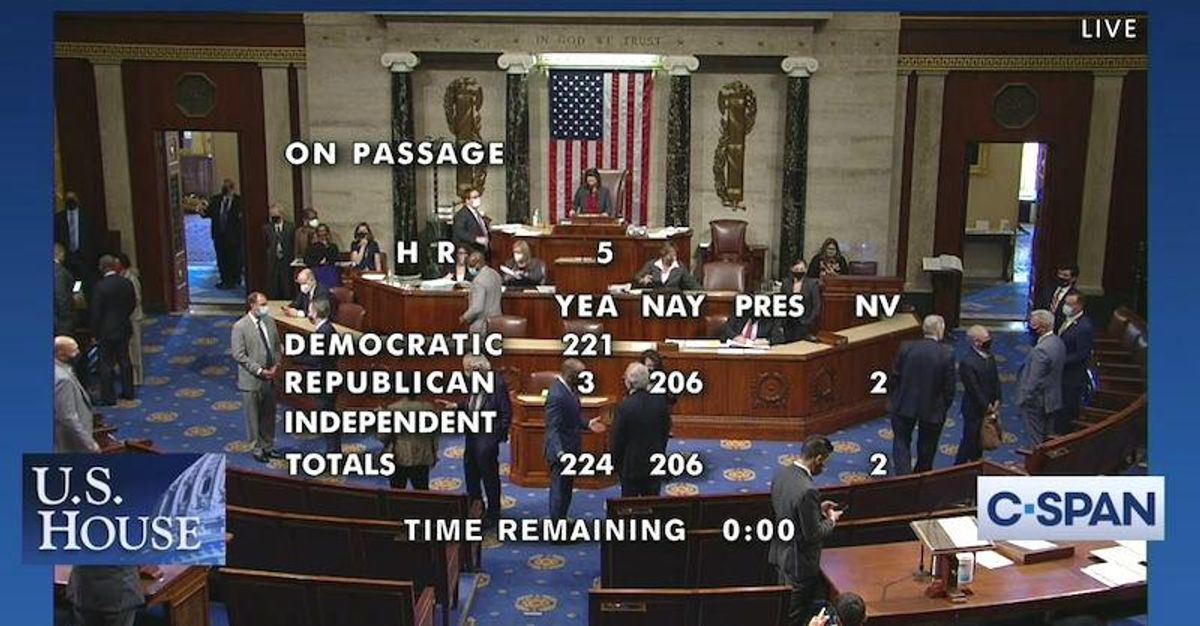 House Democrats have passed the historic LGBTQ Equality Act, legislation that expands the protections of the 1964 Civil Rights Act to protect against sexual orientation and gender identity discrimination. The vote was 224-206. Just three Republicans voted in favor of the bill.

President Joe Biden has said he wants to sign the legislation into law during his first 100 days. Senate Majority Leader Chuck Schumer (D-NY) will be in a position to make that possible, should all Democratic Senators support the bill. 60 votes will be needed under current filibuster rules.

The House also passed similar legislation in May of 2019, but then-Majority Leader Mitch McConnell refused to allow the bill to come to the floor for a vote.

Recent court decisions, including the Supreme Court's 2020 Bostock decision, have ruled the Civil Right Act applies to LGBTQ people, but the Equality Act will ensure these protections are realized.

In a sign of the further extremism of the Republican Party, the 2019 Equality Act passed with five more GOP votes than it did today.

Two Republicans who voted to pass the bill in 2019 voted against passing today's bill.