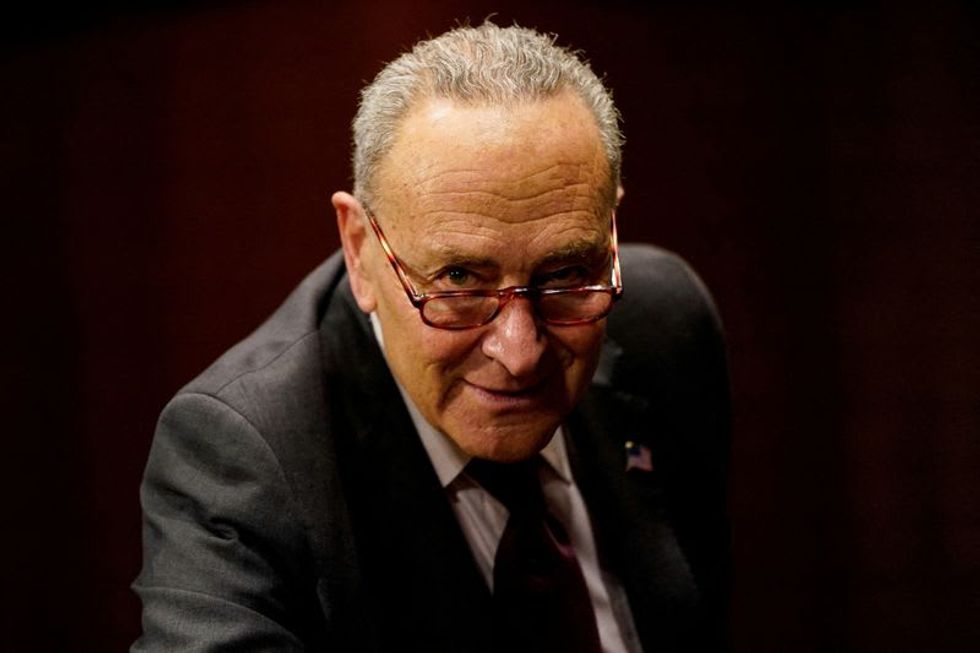 Senate Democrats do not have to await Breyer's departure to clear a nominee who would be sworn in when he formally steps down, the source said, speaking on condition of anonymity.

Former President Donald Trump nominated Barrett on Sept. 26, 2020, a little over week after the death of liberal Justice Ruth Bader Ginsburg. The Senate, then led by Republicans, confirmed Barrett on Oct. 26, 2020, a week before the presidential election that Trump lost to Biden. Barrett's appointment boosted the court's conservative majority to 6-3.

Replacing Breyer will not change the ideological makeup of the court because a Biden nominee is expected to be a liberal just as the retiring justice is.

The Senate is now split evenly between 50 Democrats, including the two independents who align with them, and 50 Republicans. Under this makeup, Democratic Vice President Kamala Harris can cast the tie-breaking vote on legislation and nominations.

As a result, Democrats would want to move as quickly as possible to confirm Breyer's replacement because if any one of the 50 members of their caucus suddenly becomes unable to serve for any reason they could lack the votes to confirm the nominee.

They also face a risk that Republicans will regain control of the Senate in the Nov. 8 midterm elections. If that occurs, top Senate Republican Mitch McConnell has indicated he likely would block Biden nominations to the top court.

Senate Majority Leader Chuck Schumer said Biden's nominee will receive a "prompt hearing" and will be considered and confirmed by the chamber with "all deliberate speed." Biden is expected to nominate a Black woman to the court, which would be a historic first https://www.reuters.com/world/us/historic-firsts-d....

"With this Supreme Court vacancy, President Biden has the opportunity to nominate someone who will bring diversity, experience and an evenhanded approach to the administration of justice," said Democratic Senator Dick Durbin said, chairman of the Senate Judiciary Committee, which takes the lead in the confirmation process.

Biden will have to be careful to pick a nominee Schumer can easily navigate through the Senate since he has no Democratic votes to spare.

"I look forward to meeting with and evaluating the qualifications of President Biden's nominee to fill this Supreme Court vacancy," Manchin said in a statement.

A formal announcement by Breyer could clear the way for Biden to quickly pick a replacement. If that were to occur in the coming few days or weeks, the Senate potentially could confirm the nominee in March under the expedited timetable sketched out by the source with knowledge of plans.

It has taken an average of more than two months for Supreme Court nominees to win Senate approval in recent decades. The Senate floor debate and vote to confirm Barrett were completed in just three days after rapid Judiciary Committee hearings.

Supreme Court nominees generally must submit detailed written answers to questions posed by the Judiciary Committee, be approved by the panel, attend private meetings with individual senators to help smooth the road to confirmation and survive a full Senate debate with the hope that no last-minute hitches arise.

Toward the end of Trump appointee Brett Kavanaugh's 2018 confirmation process, allegations of sexual misconduct, which he denied, threw his nomination into chaos before a final Senate vote.

The confirmation process for a Supreme Court pick is not expected to delay negotiations on legislation to fund the federal government beyond a Feb. 18 deadline when existing money will be depleted.

Other major Democratic priorities in the Senate, including passage of a $1.75 trillion domestic investment bill called "Build Back Better" and election reform legislation, already were in trouble, largely because of resistance by Manchin and Sinema. Backers of both initiatives hope to find a way to win over the two Democrats and secure passage.

(Reporting by Richard Cowan; Editing by Will Dunham and Scott Malone)