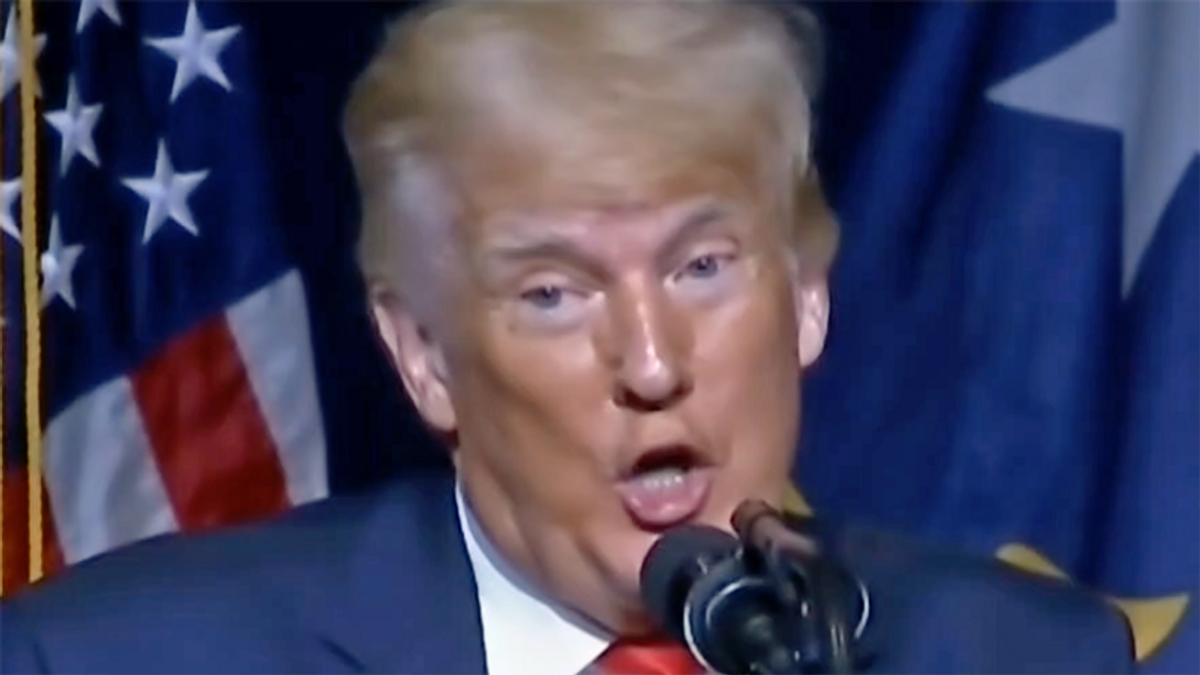 Donald Trump continues to lie about the 2020 election, which he lost to President Joe Biden.

"They used COVID and they used the mail-in ballots to steal an election. It was the third-world country election like we've never seen before," he argued.

Trump has yet to concede that he lost and has continued to push the "Big Lie" of election fraud that incited the January 6th insurrection.

Trump went on to praise the Arizona "audit" despite its lack of legitimacy and hoped it would spread to more states.

He then questioned Biden's legitimacy.

"That election will go down as the crime of the century and our country is being destroyed by people who perhaps have no right to destroy it," he added.