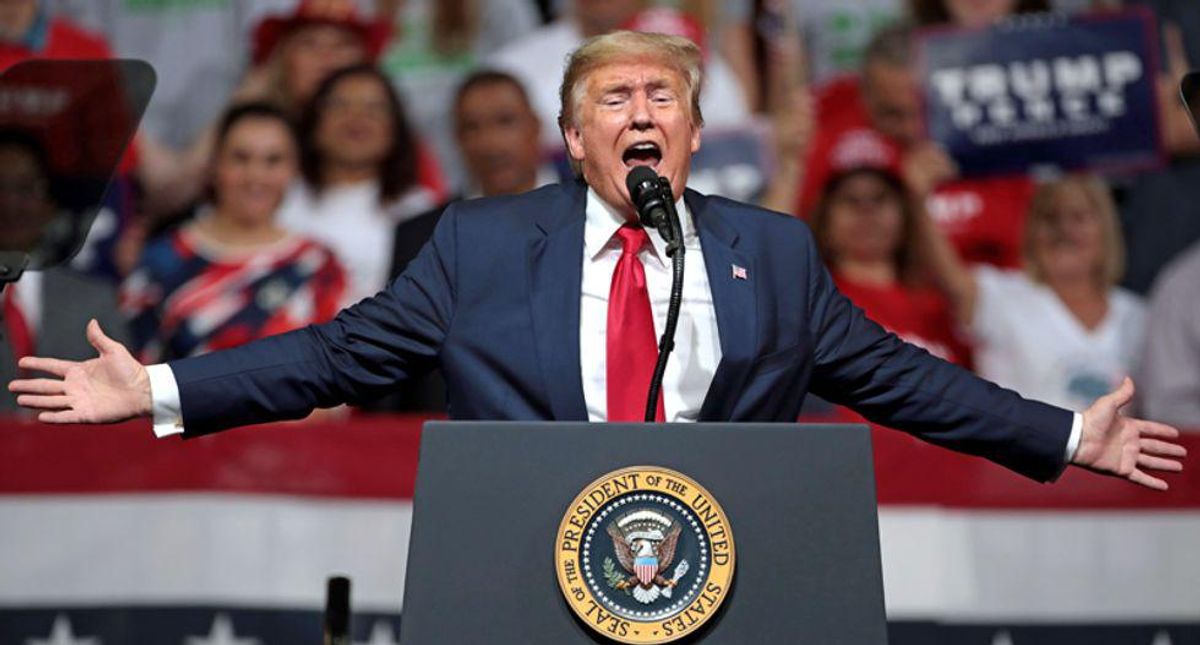 Dáte conducted an analysis of Republican spending at the club over the last decade.

"Over the five years from May 2011 through May 2016, Republican federal candidates and committees spent just $17,066 at Mar-a-Lago ― and more than 90% of that was by the Allen West Guardian Fund, run by the former Florida congressman who was by then a Fox News contributor. Over the subsequent five years, starting in May 2016, that total increased more than 69-fold, to $1,179,686, according to a HuffPost review of Federal Election Commission filings," he explained.

Republican candidates are also in the news as top GOP donors gather in Florida.

On Friday, Trump begged a man who was a Democrat until January to primary Georgia GOP Gov. Brian Kemp.

And Ohio Senate candidate Josh Mandel was reportedly kicked out of the donor retreat.