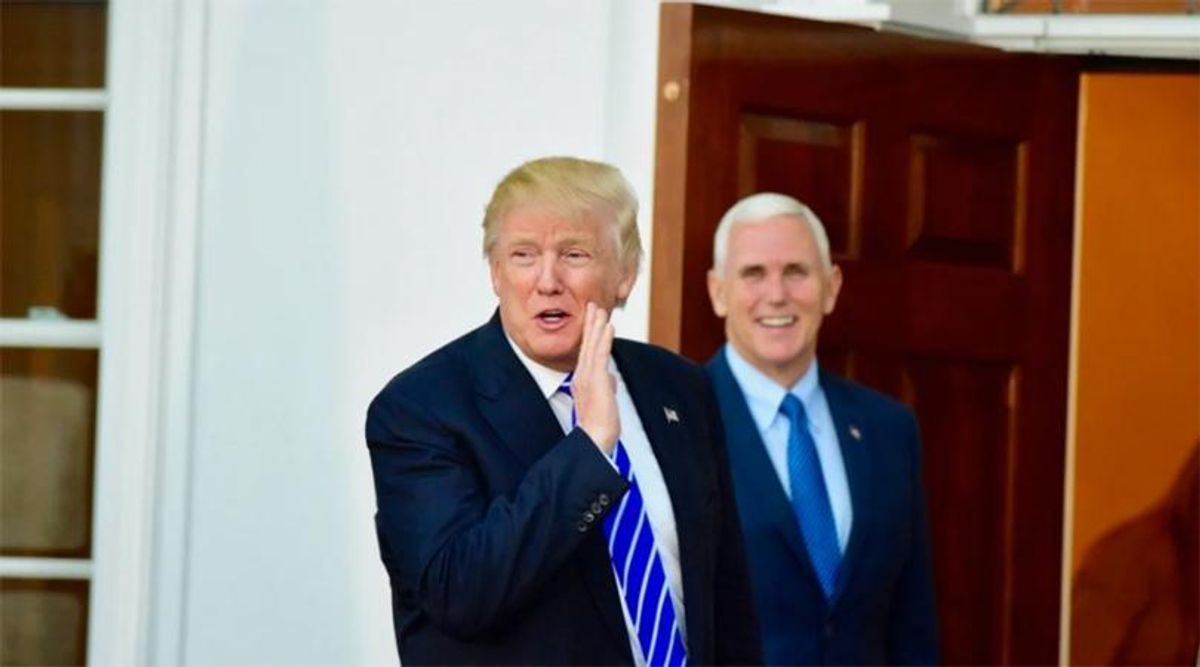 Former President Donald Trump's impeachment trial is just days away and while Democratic lawmakers see a clear case for a conviction in the Senate, there is the heightened risk of "willful blindness" being rewarded.

In a new op-ed published The New Yorker, Jeannie Suk Gersen—a legal professor at Harvard Law School—lays out the possibilities of what could occur once Trump's impeachment trial is underway.

While Republican lawmakers argue that it is "unconstitutional" to hold an impeachment trial for a former president, Gersen notes that Article I of the U.S. Constitution gives lawmakers the "power to try all Impeachments" and the verdict of the trial "shall not extend further than to removal from Office, and disqualification to hold" public office.

Since Republican and Democratic lawmakers in the Senate are deeply divided on convicting Trump, the trial could lead to a number of roadblocks.

"We'll get the worst of all worlds: a divisive impeachment trial that inflames half the country and that brings no vindication for the other half," Gersen wrote, adding, "Given the importance of condemning Trump's destructive actions, the message sent by an acquittal may be worse than no trial. And, further, the result may complicate any effort by criminal-law enforcement to investigate and indict Trump for inciting insurrection or even levying war against the U.S."

Gersen stressed the importance of lawmakers effectively answering one question. She wrote, "The question of whether he did, in fact, incite violence against the U.S. government is properly evaluated by looking not only at his words but also at his determination to remain in power despite losing the election, and at the tragedy that ensued on January 6th as a culmination of that relentless quest."

In response to that question, however, Democratic lawmakers run the risk of facing one particular argument from Trump's impeachment defense team: "The fact that the former President's best available defense—one that will appear to have been successful when he is acquitted—is that he didn't believe that he'd lost the election and didn't know that his followers would become violent against the government he was telling them to fight is a manifestation of how, in our time, willful blindness is rewarded."

Another risk centers around perception. Gersen also laid out how Trump possibly declining "to present a defense there at all" could lead to a false perception of the trial so the former president and his supporters could "claim that he won at trial." This particular outcome could lead to a domino effect of long-term problems.

"The most demonstrative rejection of the Senate's authority to proceed against Trump would be for him to decline to present a defense there at all," Gersen wrote, adding, "But his lawyers appear to understand that Republican senators will glom onto the constitutional argument about jurisdiction in order to countenance their votes to acquit, while Trump and his supporters will be able to claim that he won at trial, finding in his acquittal a confirmation of the election-fraud lies that drove some of them to violence against the government."

Trump's impeachment trial is set to begin the week of Feb. 8.