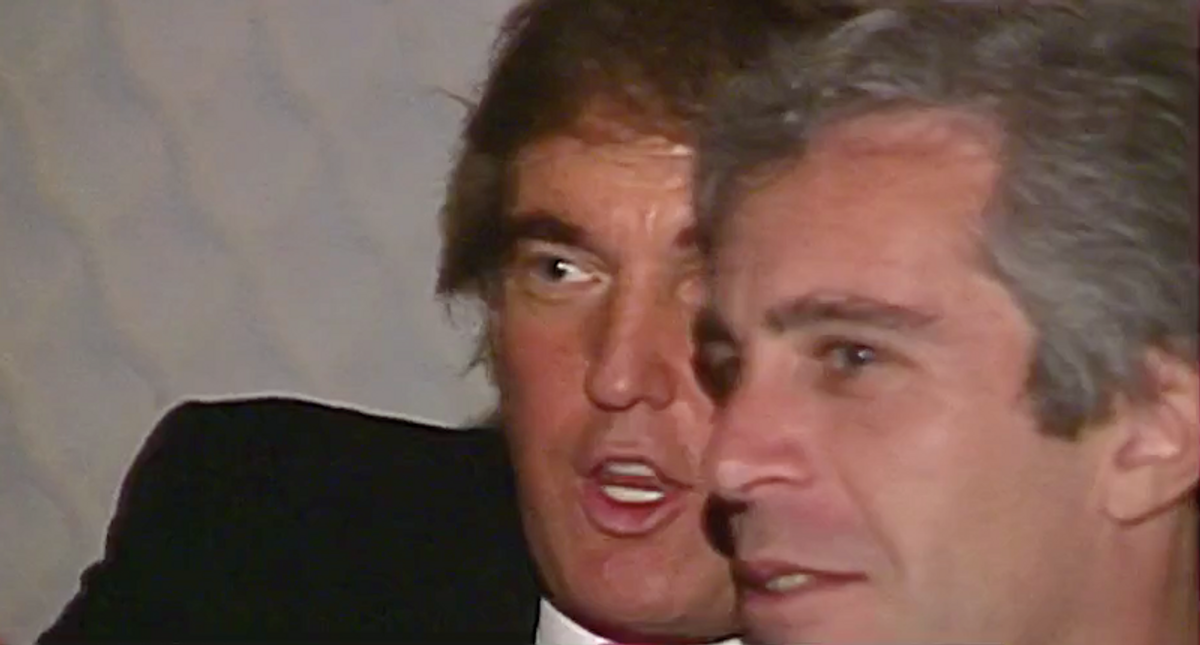 "Trump was often the center of Maxwell's attention, and women who entered Trump's orbit sometimes ended up being associated with both Trump and Epstein, spending part of their time living in a Trump Tower condo and part in Florida, at Mar-a-Lago or one of Epstein's homes."

The book also quoted a September 2016 deposition that Epstein was forced to give. He was asked if he ever socialized with Trump in the presence of girls under the age of 18. Epstein took the Fifth.

"Trump Model Management allegedly indulged in many of the dubious practices that MC2 did, such as violating immigration laws and illegally employing young foreign girls," the book says. "Three former Trump models, all noncitizens of the U.S., told Mother Jones in 2016 that Trump Model Management profited by using foreign models who came to the United States on tourist visas that did not allow them to work here. And two of the former models said that Trump's agency suggested they lie on customs forms about where they planned to live. All of which meant they were perpetually scared of getting caught and pretty much at the mercy of the agency."

The book notes that it's ironic given Trump's immigration stance. To be fair, Epstein and Trump's relationship being ignored by his voters is also ironic given the conspiracy theories his supporters perpetuate about Democrats and underage sex crimes. Perhaps if Epstein operated in the basement of a pizza parlor.

Epstein even claimed to have introduced Trump to Melania, who ultimately became the first lady. Neither has confirmed or denied the relationship.

The men had a falling out when Epstein tried to buy a mansion in Palm Beach and Trump decided that he wanted it. Trump outbid Epstein over and over, ultimately paying $125 million for the property. He never even stayed in it and later sold it at a loss to Russian oligarch Dmitry Rybolovlev for a reported $96 million in 2008.

Read the excerpt of the book at Vanity Fair and it will be on sale Jan. 26.