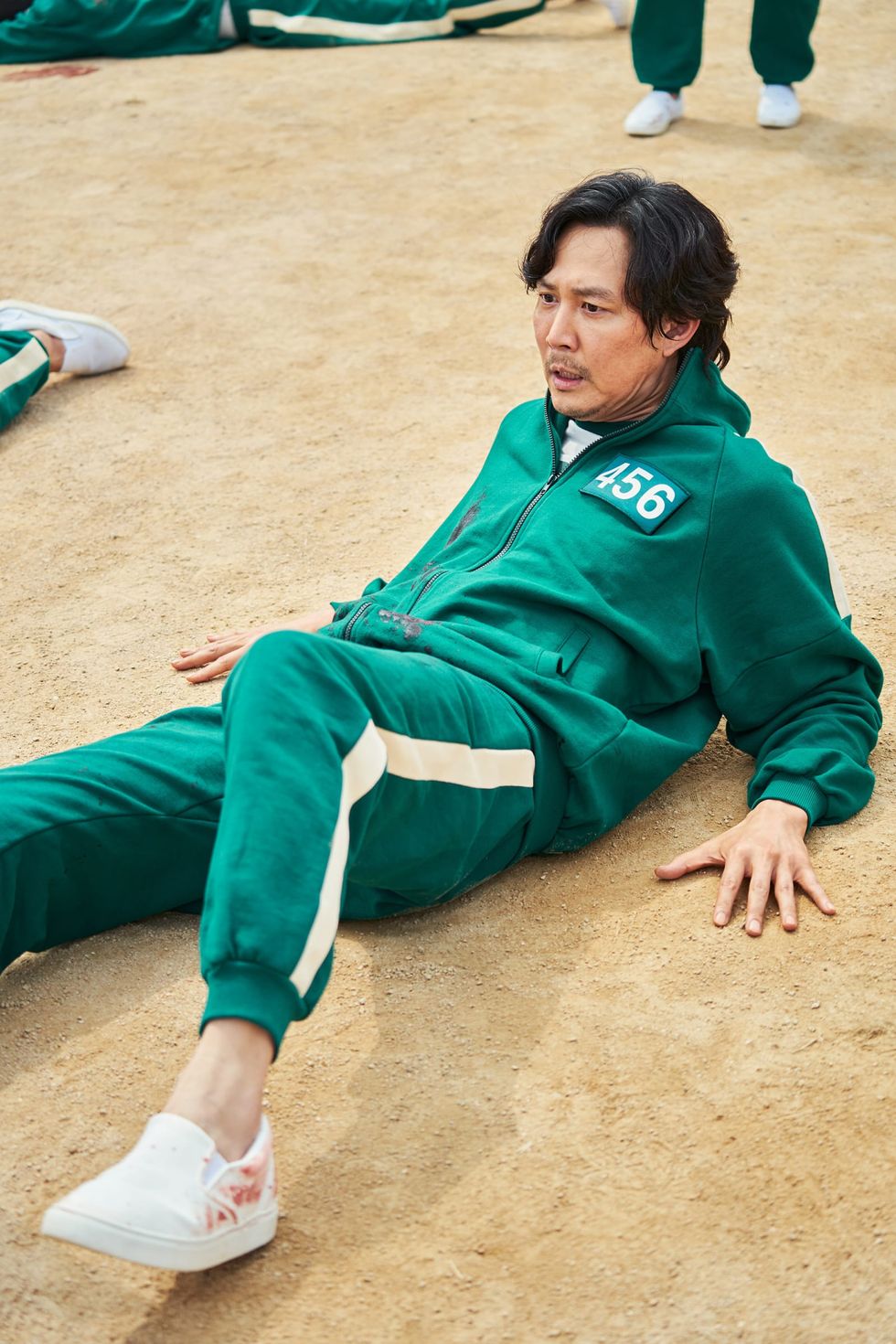 Lee Jung-jae is a man in a deadly competition in the Netflix drama "Squid Game." - Youngkyu Park/Netflix/TNS/TNS

Straddling the line between twisted and fascinating, “Squid Game” falls just enough on the right side to become a viral sensation. The Korean drama, which has taken Netflix by storm, follows 456 debt-riddled contestants competing in a series of children’s games with the equivalent of about $38 million on the line as a grand prize. The twist, though, is the brutality, starting with the first game, Red Light Green Light, during which losers are mercilessly gunned down where they stand. Among the contestants, who are promised death if they refuse to play along, are a North Korean defector, a corr...